Dilated Peoples earned this week’s top spot with its new album, Directors Of Photography. The effort, which earned a 4.5 out of 5 in its HipHopDX review, earned 81 thumbs up and 31 thumbs down to earn the #1 slot in the reader poll. 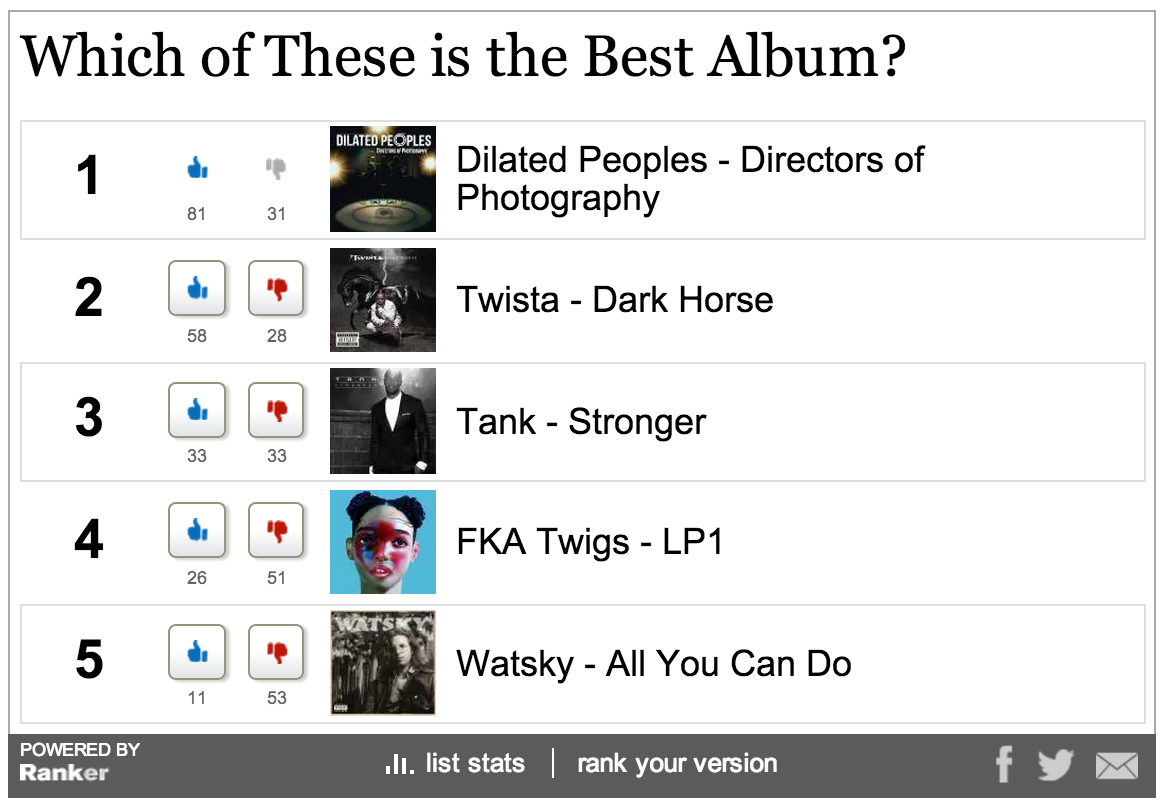