Snoop Dogg has announced that he and Wiz Khalifa are set to team up on a sequel to Mac + Devin Go To High School.

The Long Beach, California emcee says the sequel is set to be released January 2015.

In 2012, the duo released Mac + Devin Go To High School, a film and soundtrack.

In June 2012, while promoting their work together, Snoop Dogg spoke about Wiz Khalifa’s spirit in an interview with HipHopDX.

“Wiz loves to smile,” Snoop said at the time. “He loves to make people happy. He’s not afraid to say, ‘How you doing?’ He’s also a realist. There’s no wall. When you’ve got that, that makes it easy. It’s very attractive. See, that’s like a magnet. People are attracted to that.”

Wiz also spoke about Snoop Dogg and their bond at the time.

“We just came together at a really good time in my career and a great time in his career, which is like anytime, for real, for real,” Wiz said. “It just works. That’s really my homie. I really look to him for certain things. He looks to me for certain things. We bounce stuff off of each other. It’s not one-sided.” 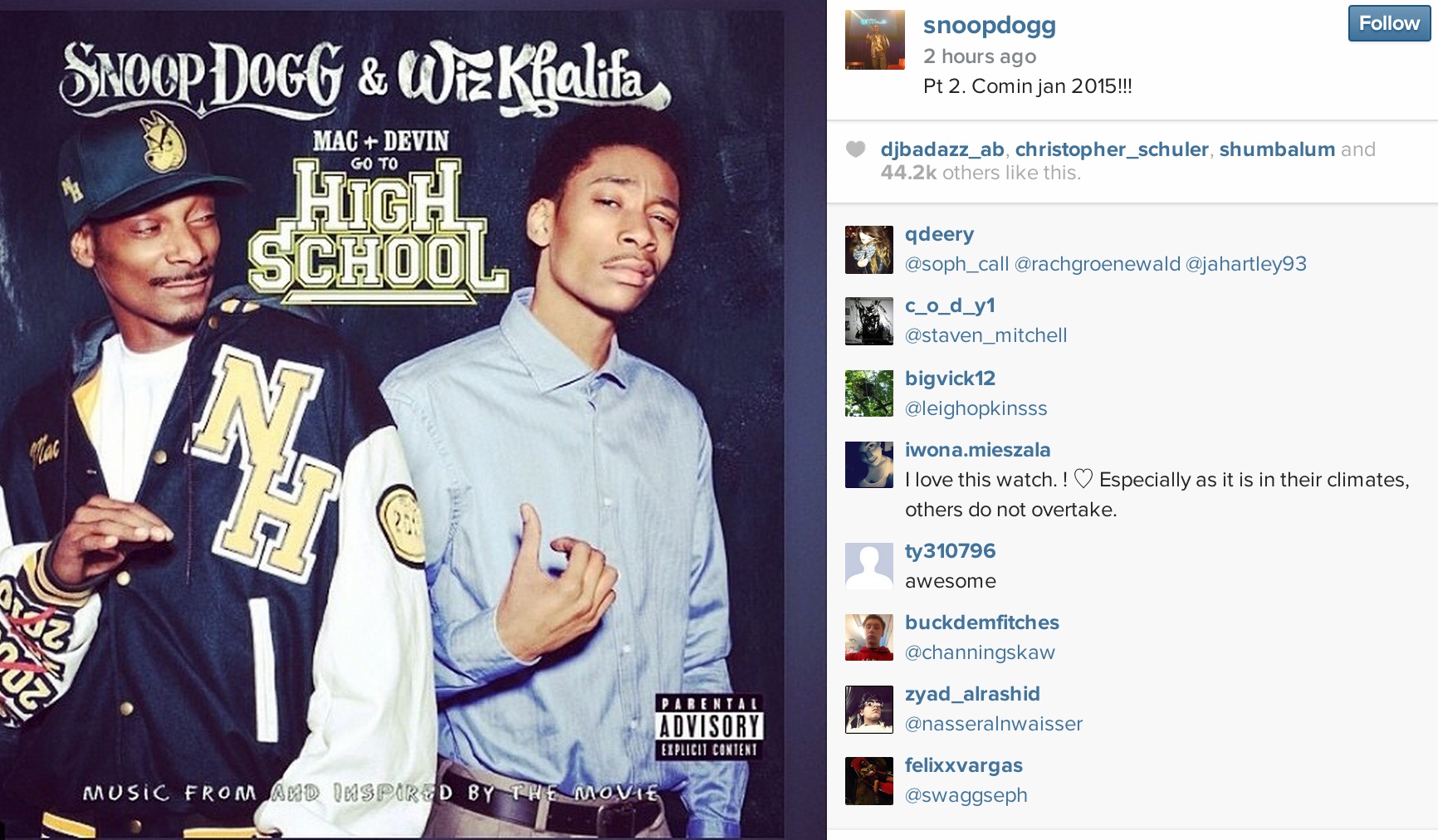