Ty Dolla $ign, who appears on the cover of the upcoming issue of Fader, says he’s not out to promote a gangbanging lifestyle.

“We”re not promoting gangbanging here,” Ty says. “”Luckily, I got the homies that I got and kept me from doing some stupid shit, and I ended up here, not dead or in jail. That”s what they tell you about gangbangers, one of two things: dead or in jail. I just try to promote positivity. It”s not really worth it.””

In the interview, he also explains other aspects of life he is attempting to promote.

“I’m promoting partying and having fun and being that type of American,” he says. “I don’t wanna hurt nobody’s feelings. I’m not gonna front and act like your boyfriend. I’m out here. I’m about to go on tour! It’s like running for the presidency…except without a wife.”

This interview is part of the magazine’s “Summer Music” issue. The cover is below. 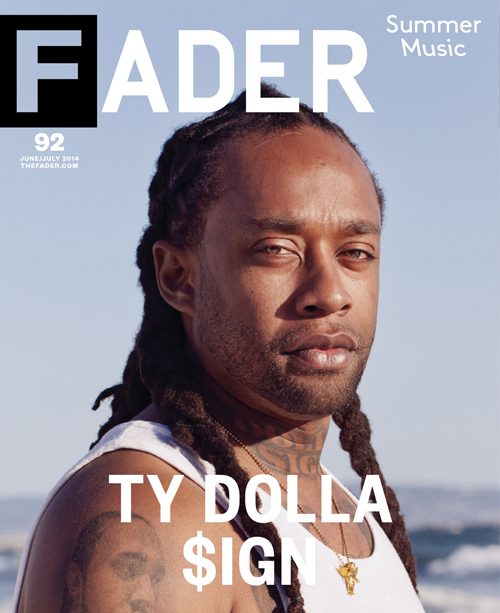