Atmosphere and Nas are set to co-headline the seventh-annual Soundset Festival, which is scheduled to take place at Canterbury Park in Shakopee, Minnesota May 25, 2014.

Ab-Soul, Wiz Khalifa, 2 Chainz, Cypress Hill, EarlWolf (Tyler, The Creator & Earl Sweatshirt), Pusha T and Chance The Rapper are also among this year’s scheduled performers. Brother Ali, Sway Calloway and J. Pratt are slated to host the event, which is set to include two main stages and a Fifth Element stage.

An Essential Elements tent has also been announced, which is to feature a Freestyle Session Minnesota B-Boy B-Girl competition. Moreover, The Seventh Letter Crew is scheduled to have visual artists painting throughout the festival date, a Soundset Custom Car Show is set to go down and a skateboarding showdown presented by Familia has also been planned.

A full line-up for the day is as follows: 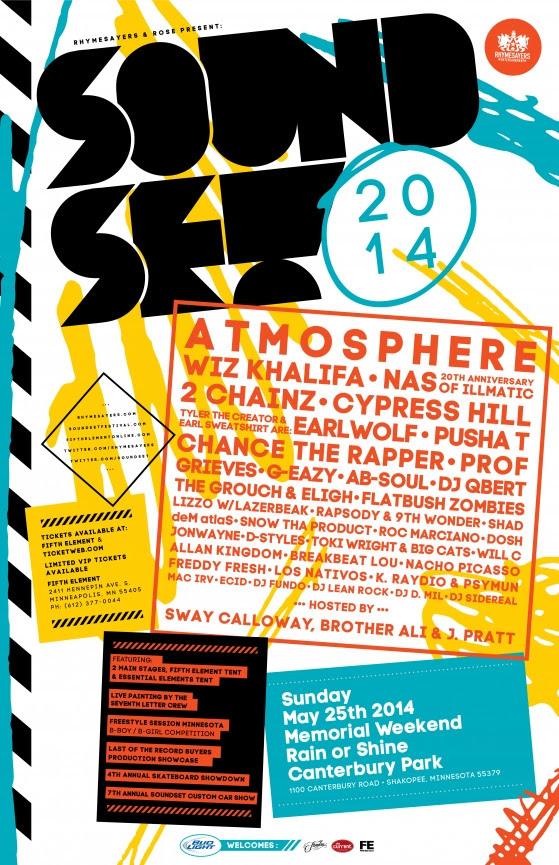