Havoc and Prodigy are slated to release The Infamous Mobb Deep, a project set to be a double album, through Infamous Records/Red in March, according to Prodigy. The collection is scheduled to include unreleased selections from the group’s 1995 sessions while crafting its The Infamous album, as per a press release. The project is slated to include a digitally re-mastered version of The Infamous and a new self-titled album.

“We’re gonna have special packaging and we’ve got like ten unreleased songs from The Infamous album,” Prodigy said on Huffington Post. “Verses nobody’s ever heard before from Raekwon, Nas, Ghostface [Killah], our verses. It’s crazy.”

Havoc and Prodigy are also set to go on a tour through the country starting May 2. Following this, Mobb Deep is slated to embark on a European tour. The European Tour announcement marks the group’s first run in Europe in nearly nine years, according to a press release.

Fans can purchase tickets by registering at theinfamousmobbdeep.com.

Tour art, which includes “The Infamous Mobb Deep Tour” dates, designed by Marvel/DC Comics artist and writer Damion Scott, can be found below. 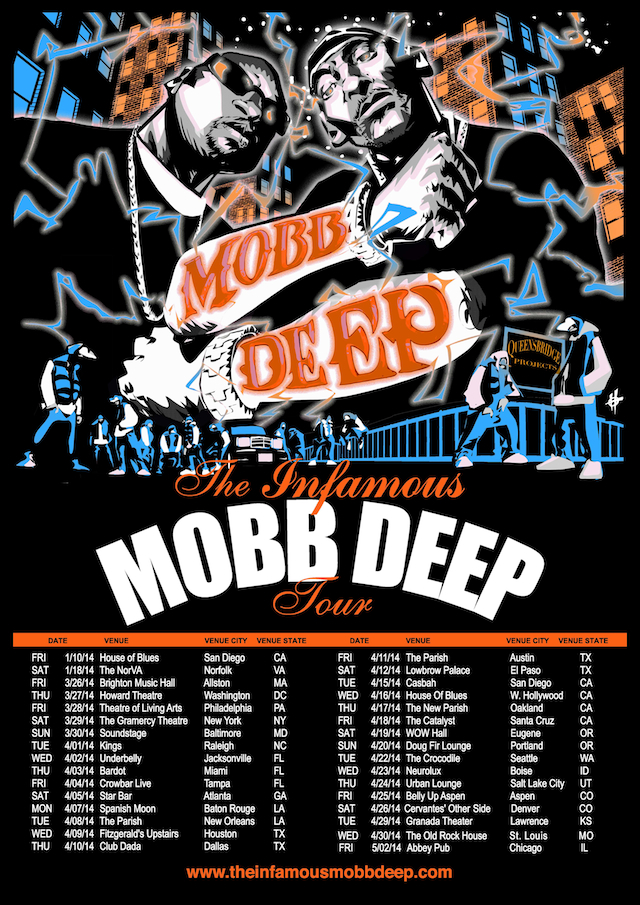 UPDATE: Havoc and Prodigy released the cover art for their The Infamous Mobb Deep collection, a project set to be a double album. The effort is slated to be released April 1 through Infamous Records/Red. 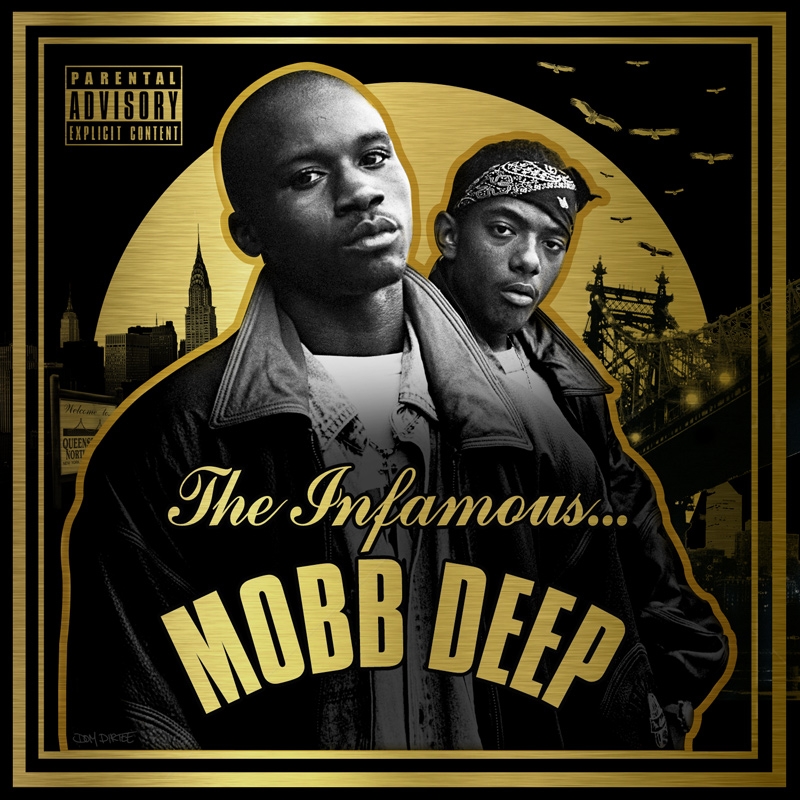 UPDATE #2: Mobb Deep has announced the tracklisting for The Infamous…Mobb Deep. The project features production from Havoc, Boi-1da and Alchemist, among others. The tracklisting is as follows, according to HotNewHipHop.

UPDATE #3: Mobb Deep has announced the Pandora Premiere of its upcoming album, The Infamous Mobb Deep in a Twitter post. The stream link is below.