Mobb Deep has announced the initial dates for its upcoming 20th anniversary tour.

For the trek, Prodigy and Havoc will set it off at Chicago, Illinois’ Double Door on May 9th. Stops on the tour include San Francisco, California’s DNA Lounge, Atlanta, Georgia’s Terminal West and Washington, D.C.’s The Howard Theater. The venture will conclude on June 9th at Philadelphia, Pennsylvania’s The Blockely.

The tour marks the 20th anniversary of the release of the duo’s debut Juvenile Hell, which dropped in April 1993. The group has been on a rocky road over the past year, with Havoc taking to Twitter last April to put Prodigy on blast. He later denied the tweets, yet an audio recording was released shortly after where he slandered his partner in rhyme. Days later, they were pictured together at a New York Knicks game.

Last month, Havoc spoke with HipHopDX and skirted around talk of a reunion tour. “Right now, I don’t have no comment on that,” he said. “I’m just gonna let the chips fall where they may. Hopefully, whatever me or [Prodigy] decide to do, it will be something that everybody likes.”

Check out the exclusive tour dates below. 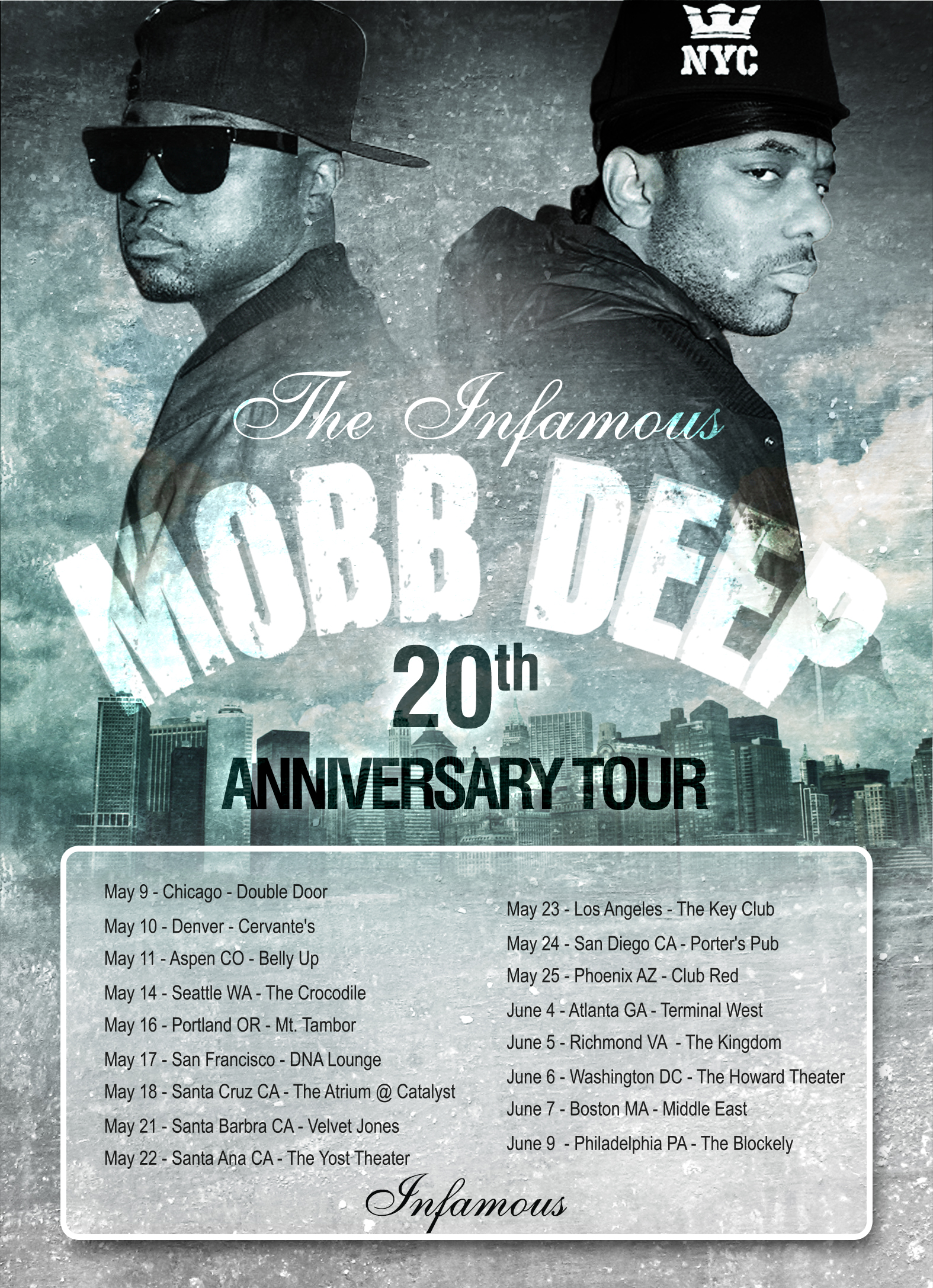 The Mobb Deep 20th Anniversary Tour dates are as follows: