In preparation for the December 17 release of his sixth studio album, Mastermind, Miami rapper Rick Ross has revealed that he’ll soon release a single featuring fellow lyricist, Jay Z. Ross, who plans on dropping the single in November, shared the news during an appearance on HOT 97 this week.

“I got the concert coming. The album, December 17. I’m releasing a new record myself. Jay Z, top of next month. We following up with the one that the streets really appreciate right now. So, we doing it big,” said the Maybach Music Group founder.

Ross’ upcoming single doesn’t serve as the first time the two rap Titans have collaborated on a record together. On Jay Z’s Magna Carta Holy Grail, Ross appears on the Timbaland and Boi-1da-produced “FuckWithMeYouKnowIGotIt.” Both rappers also appear together on the God Forgives, I Don’t record, “3 Kings,” a song that also features Dr. Dre.

The MMG helmsman didn’t reveal the name of his upcoming single with Jay Z, but did offer some insight into the title of his new album.

“It’s all about coming from wherever you come from and take it wherever you want to go to,” said Ross. “And the minute you do that that’s when you can consider yourself a mastermind.”

Ross’ interview with HOT 97 comes just weeks after the Floridian emcee released an album trailer for Mastermind. In the album trailer, which lasts a little over two minutes, various video clips of the rapper along with video snippets from a number of newsworthy events from the past can be seen.

Mastermind is currently scheduled for release on December 17. Ross’ currently untitled record with Jay Z will serve as the album’s second single. The first Mastermind single, “No Games,” was released last month.

Video of Ross’ interview with HOT 97 can be found below (via HotNewHipHop).

“I can’t wait for it to hit the streets,” Ross said.

UPDATE #2: Rick Ross recently discussed his “The Devil Is A Lie” single, an upcoming selection slated to be included on Rozay’s Mastermind album.

“I’m still finalizing certain things, but top of next month, I want to release a record that me and Jay have,” Ross told Fuse News.

Ross also shed light on what the record may sound like, comparing it to their collaboration on Jay Z’s Magna Carta Holy Grail.

“After you make a record as big as ‘FuckWithMeYouKnowIGotIt,’ it has to be on that level,” Ross said. “I feel that’s what this record is. It’s a dope record.”

Ross’ Mastermind is set to be released December 17.

More from this interview can be heard below.

UPDATE #3: Rick Ross posted an image on Twitter regarding his Jay Z-assisted single, “The Devil Is A Lie.” 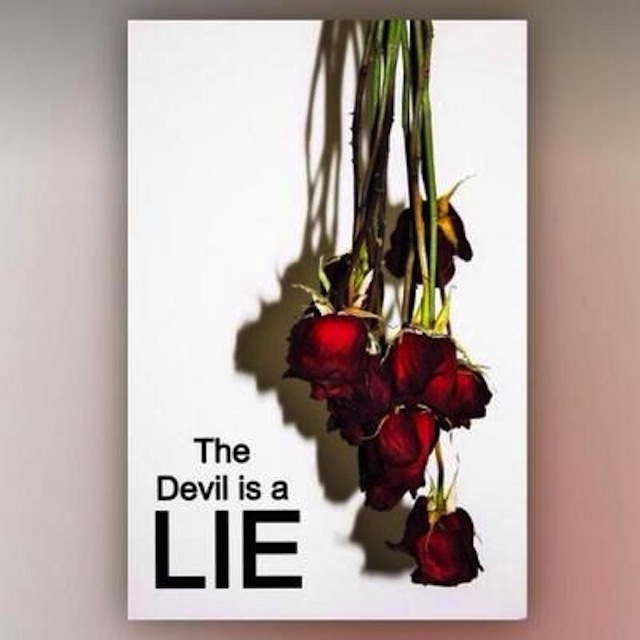 UPDATE #4: Rick Ross has released new cover art for his Jay Z assisted “The Devil Is a Lie” single.

The track is slated to be released today (December 19), according to Ross.