Before Jhene Aiko’s debut album Souled Out hits shelves, the Los Angeles singer will release the Sail Out EP.

As the name suggests, Sail Out takes fans from Sailing Soul(s), Aiko’s 2011 mixtape, and Souled Out, which will drop this year.

“It’s like bridging the gap between [my mixtape] Sailing Soul(s) and Souled Out,” said Aiko to Rap-Up TV. “Sail Out has a lot of the Hip Hop/Rap influence on it, even with the beats. It’s something you wanna put in your car; it’s perfect for the summer time.”

Featured on the EP include Wiz Khalifa, Big Sean, Ab-Soul, and Kendrick Lamar. However, Aiko handles some rhyming duties herself as her alter ego J. Hennessy. “I literally feel throughout the day I go through twelve different personalities in my head,” she explained. “She’s an aspiring rapper. She still sings, but she’s more aggressive. She likes to really talk a lot of shit and talk about things that a lot of R&B singers don’t talk about.”

“Bed Peace,” a cut from Sail Out, will be on iTunes soon. “It’s a very summer, feel-good type of song,” she said of the track.

Jhene Aiko has collaborated with J. Cole, Drake, Kendrick Lamar, and has toured with artists such as Nas and Lauryn Hill.

UPDATE #1: Jhene Aiko has announced a release date for her new project, “Sail Out.” The project is set to be released October 29, according to  Rap-Up.

Her single, “Bed Peace,” which features Childish Gambino, can be heard below.

UPDATE #2: Jhene Aiko has revealed the tracklisting and cover art for her new project, as per Rap-Up. Both items can be found below. 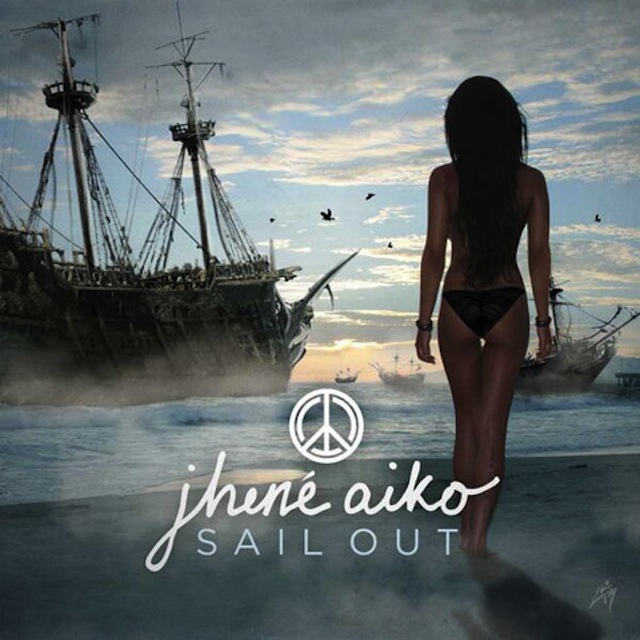 UPDATE #3: Jhene Aiko’s Sail Out is available for streaming via Spotify.