Janelle Monae’s forthcoming project, The Electric Lady is set to hit stores on September 10. The project will feature music industry icon Prince, the name of the song they created has not been revealed. He has already remixed her single “Q.U.E.E.N.” She recently spoke to Billboard about her friendship with him.

“We are great friends, and he is a mentor to us, to me,” said Janelle Monae of Prince to Billboard magazine. “It’s a beautiful thing to have a friend—someone who cares about your career, and wants to see you go far and to push boundaries and shake up the world—give whatever they possibly can to the cause.”

Grammy Award-winning singer Miguel and the first lady of Neo-Soul Erykah Badu are also confirmed guest for The Electric Lady. Badu is on the first single “Q.U.E.E.N.,” while Miguel hits his notes on “Primetime”.

Janelle and Atlantic Records recently delivered a new single “Dance Apocalyptic”. A teaser for the upcoming music video is available and the full-length version is set to premiere on Pitchfork today (July 2).

The Wonderland Arts Society representative entered the industry when Big Boi of Outkast heard her at an open mic and began featuring the creative songwriter on various records. She is also on Goodie Mob’s latest single “Special Education” off their Age Against The Machine album, which is set to release on August 27.

UPDATE: Now releasing on September 10, Janelle Monae’s The Electric Lady features the following tracklist and artwork, as reported by Pitchfork.com: 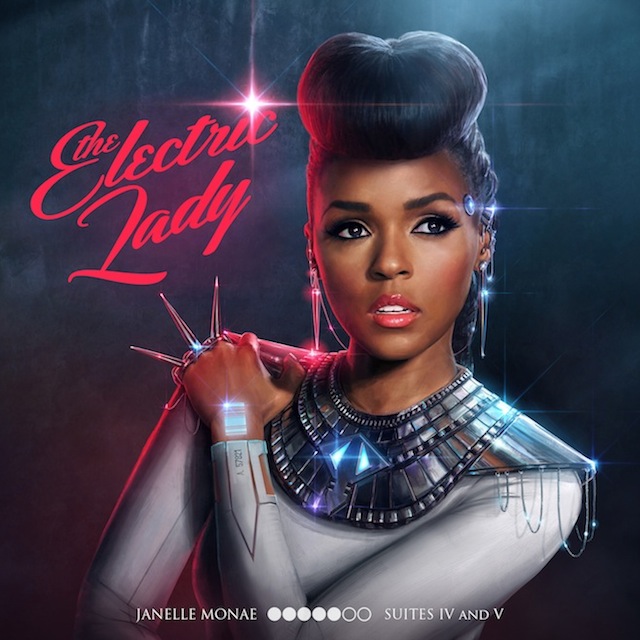 UPDATE #2: Janelle Moneae’s The Electric Lady is now available as a stream, which is below via VH1.com.