Big K.R.I.T.’s upcoming mixtape, King Remembered In Time, officially has artwork. The follow-up to last year’s freebie, 4Eva N’ A Day is still without an official release date, however, K.R.I.T. used Twitter to assure fans that it was “coming soon.”

The Meridian, Mississippi emcee/producer also directed those curious to LiveMixtapes.com, which is believed to host the fourth mixtape in an acclaimed series since 2010’s KRITWuzHere, 2011’s Return Of 4eva and the aforementioned 2012 effort. This will be the Cinematic Entertainment artist’s first free project, following his Def Jam Records backed debut, Live From The Underground. 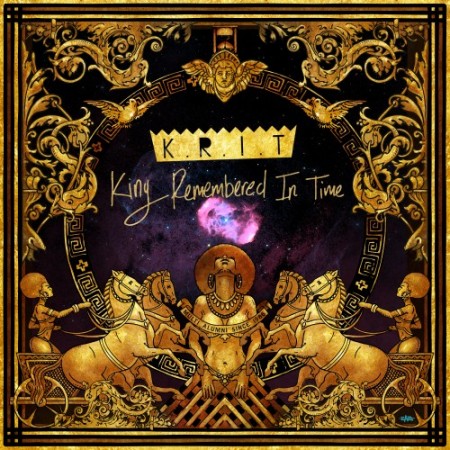 KritWuzHere and Return Of 4Eva were both distinguished winners of HipHopDX’s Mixtape Of The Year honor in 2010 and 2011, respectively.

UPDATE: Today, Big K.R.I.T. confirmed on Twitter that King Remembered In Time will release on April 10.

UPDATE #2: Today, Big K.R.I.T. released King Remembered In Time on LiveMixtapes.com, where it is also available for download. The stream is below:

UPDATE: As a bonus, Big K.R.I.T. has given fans a “Chopped & Screwed” downloadable remix version of King Remembered In Time. The mix, available at BigKRIT.com, comes courtesy of Swishahouse Records founder Michael “5000” Watts.