After nearly a decade of waiting, fans will soon get to hear Papoose’s long-awaited debut studio album.

In a recent press release, Papoose revealed that he is preparing to release The Nacirema Dream on March 26 via Honor B4 Money Records. The Bed-Stuy rapper also debuted the cover art for the project, as well as the title of the LP’s second single, “What’s My Name” featuring Remy Ma.

Papoose also released a letter to his fans addressing the album’s numerous delays, saying that, “the politics of the music business got the best of me.” He went on to describe his album as a refelction of the American dream and the culmination of his life’s experiences. 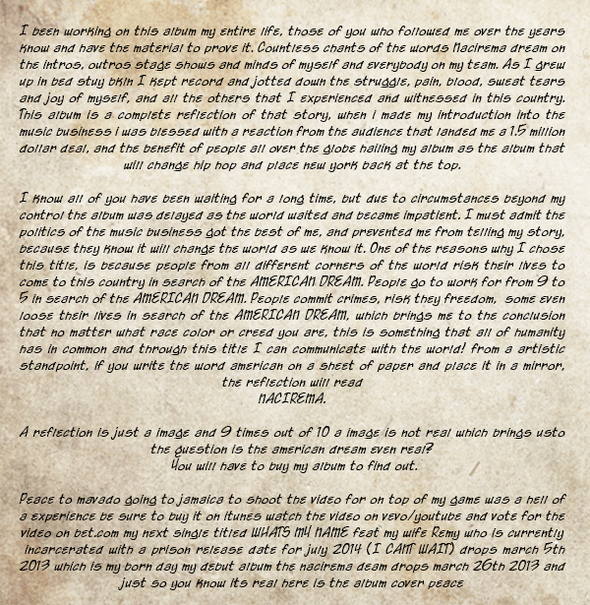 As previously mentioned, The Nacirema Dream was first announced in 2006 after Papoose signed with Jive Records to the tune of $1.5 million. The album’s first single, “On Top of My Game” with Mavado, debuted late last year.

Check out the cover art for the project below. 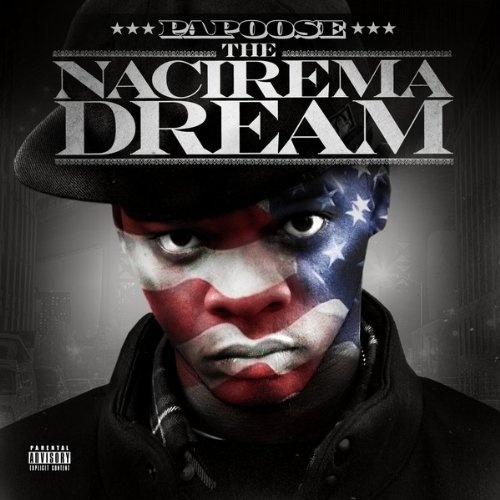 UPDATE: Papoose has revealed the tracklist for his upcoming debut album The Nacirema Dream, releasing March 26th. Check the tracklist below (via HHNM).

RELATED: Papoose Discusses The Release Of “Nacirema Dream,” Illuminati Symbols In The Media