Even though 40 Glocc is currently suing rival Game for assault this past July, it looks like the G-Unit affiliate has no intentions of keeping the beef in the courtroom. Now, according to VladTV, rumors are circulating that 40 Glocc attacked and assaulted Game’s manager this weekend.

According to reports, 40 Glocc assaulted Game’s manager Dontay “Taydoe” Kidd this past weekend in Las Vega, Nevada. While details on the incident are sketchy, VladTV managed to obtain a series of 40 Glocc’s Tweets that have since been deleted, in which Glocc boasts that he knocked out Kidd while he was eating pizza. 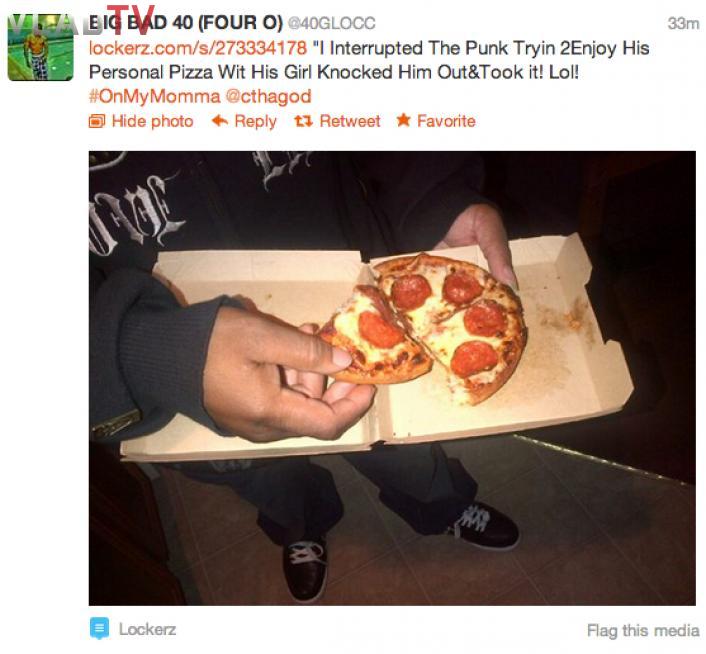 This recent development in Game and 40 Glocc’s on-going feud comes fresh on the heels of 40 Glocc’s recent diss against the Jesus Piece rapper, “The Full Edit.” Neither Game nor his manager have responded to the claims of the assault.