A person’s first live concert can be a life-changing experience, and none more so than for Nas. Now, in a recent mini-documentary titled “BECOMING” with director Jamie Patricof via Soul Culture, the Queensbridge emcee recalls his first live show featuring MC Shan.

Nas remembered going to a Shan performance in his native Queensbridge projects as child along with his brother. He said that while the show was shut down early due to gunfire, watching Shan perform made him realize his desire to pursue music.

“Maybe the first Hip Hop show that I went to was in Queensbridge Park,” he said. “I was young, and my brother was young, and it eventually got shot up. But before the mayhem, earlier that evening, MC Shan performed. When Shan touched the stage, it was serious. I never heard anything like that in my life. We had great aspirations to get into something that would change our lives. I knew that [Hip Hop] was the life for me.”

Nas also recalled the making of his seminal debut LP Illmatic. He explained that in the ’90s, an artist’s album wasn’t meant to portray the lavish lifestyle of a super-star emcee; rather, it was intended to depict the real struggles of the man behind the mic.

“My era was the era of breaking it all down to what’s the real,” he recalled. “It wasn’t about the star, it was about the man. They say this album changed hip hop because it was the first hip hop album with multiple big producers – it hadn’t been done. Those four – Pete Rock, Large Professor, [DJ] Premier, Q-Tip were the greatest – and are the greatest.” 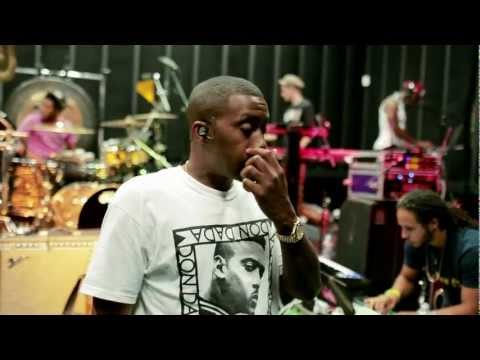