HipHopDX is proud to announce some of the performers for our second annual showcase at Atlanta, Georgia’s A3C Hip Hop Festival. Held on October 11, 12 and 13 at The Masquerade, this year’s HipHopDX event will feature Raekwon of Wu-Tang Clan.

Additional HipHopDX performers will be announced next week.

Those wishing to attend the A3C three-day festival and HipHopDX event may purchase tickets at the festival page. Attendants may save $20 on “the A3C Pass x Woodallion” combination three-day ticket by entering the code “HIPHOPDX.”

UPDATE: HipHopDX is proud to announce that for a second consecutive year, Freeway will be performing at the DX & A3C showcase on Friday, October 12. Free will be joined by veteran lyricist Chino XL. The event will run from 9 to 11pm EST.

Freeway has announced a November 13 album, Diamond In The Ruff, as Chino revealed moments ago, his plans to release RICANstruction: The Black Rosary on October 25.

The event flyer is below: 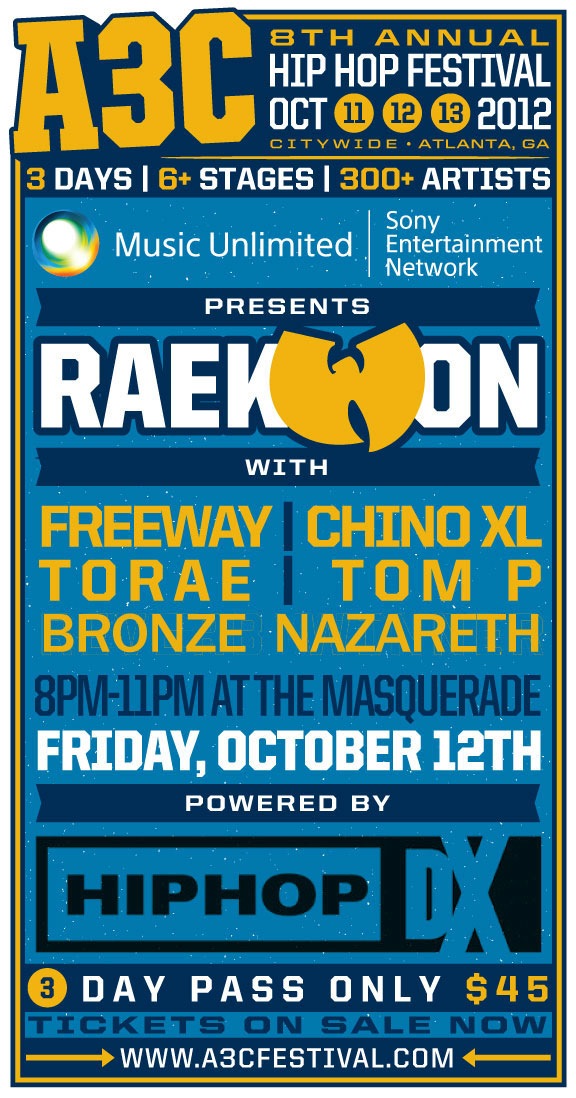 UPDATE #4: HipHopDX is presently on the ground at the 2012 A3C Festival. Gearing up for our own showcase this weekend, we are conducting interviews, capturing footage and getting exclusive news and information from all your favorite artists.