Last month, the Disco Music Club – or DMC – announced its NYC Regional Battle and Battle for US Supremacy DJ battles. Now, next month will play host to two DJ battles, one of which will act as a precursor to the 2012 DMC World DJ Championships.

Beginning this August 3, DMC will be hosting its “Ultimate DJ Battle Weekend,” beginning the Stylus Sessions, an “open experimental lab” for turntablists. The event will feature the likes of Public Enemy’s Johnny Juice, Cutmaster DC and more, and will be broadcast through Dubspot at 7PM EST. 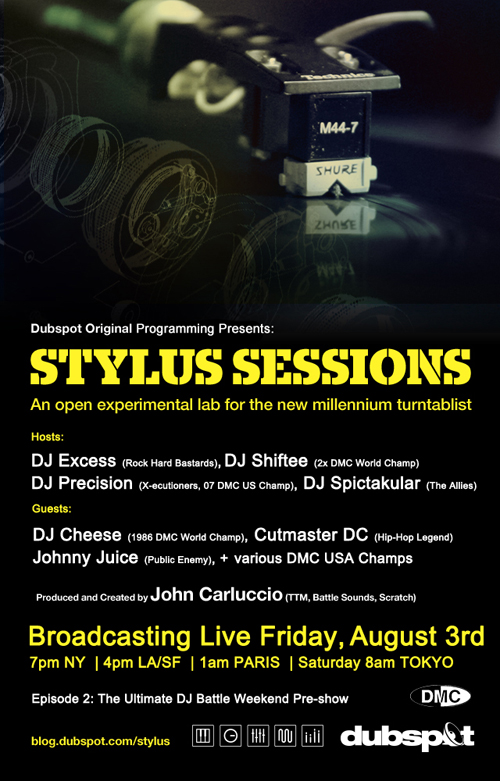 The following day, the 2012 DMC USA National DJ Finals will take place at New York’s Le Poisson Rouge from 2PM to 9:30PM. Featuring host Lord Finesse and the likes of DJ Cheese, DJ Total Eclipse, GrandWizzard Theodore and more on the one’s and two’s, a host of budding DJs will compete against one another for the chance to represent the States in the 2012 DMC World DJ Championships on September 28 in London. 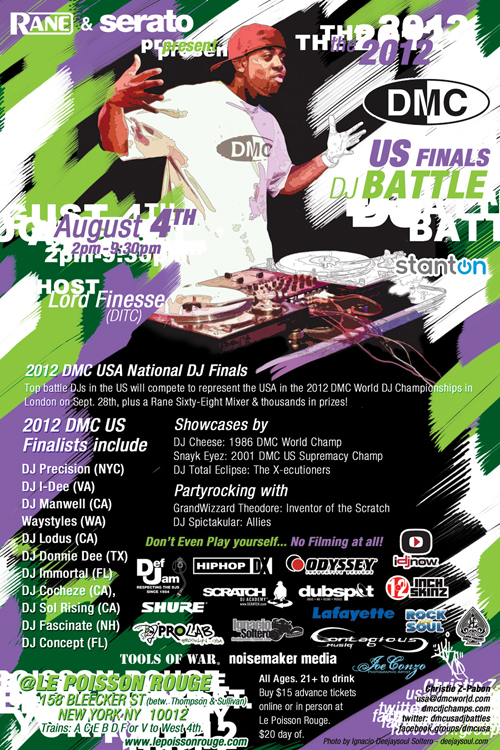 Wrapping up the weekend’s event is the 2012 Grand Master Roc Raida Memorial Gong DJ Battle at Le Poisson Rouge on August 5. The battle, founded by the late Roc Raida in 1996, will feature showcases from the likes of Johnny Juice, DJ Esquire and Raida’s daughter NyRaida. The battle itself is open to all entrants from anywhere in the world. 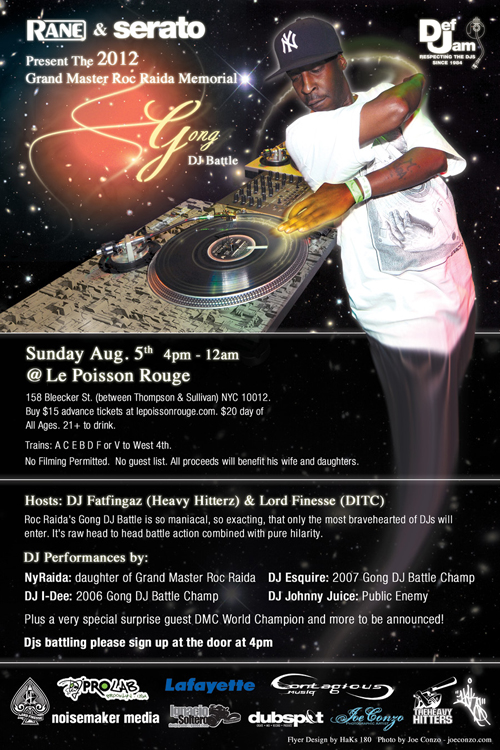 Tickets for both events can be purchased at Le Poisson Rouge for $15 in advance and $20 on the door.