With Big Sean and 2 Chainz being the latest G.O.O.D. Music signees to stake their claim in Hip Hop, it looks like Atlanta’s CyHi the Prynce is the next emcee up to bat in Kanye West’s roster. Now, the Atlanta emcee delivers the cover art and tracklist for his next mixtape Ivy League Club.

CyHi gave DX an exclusive look at the complete tracklist to his impending mixtape, which is set to drop later today on LiveMixtapes.com. The tape clocks in at 17 songs in total, with production from Lex Luger, Beat Billionaire, Mike WiLL and more.

CyHi had previously released a number of songs from the tape, including “100 Bottles” with Big Sean and Chris Brown and “A-Town” with Travis Porter and B.o.B. Additional features on the project include ScHoolboy Q, Big K.R.I.T., Pill, Yelawolf and more.

The complete tracklist and cover art can be found below. 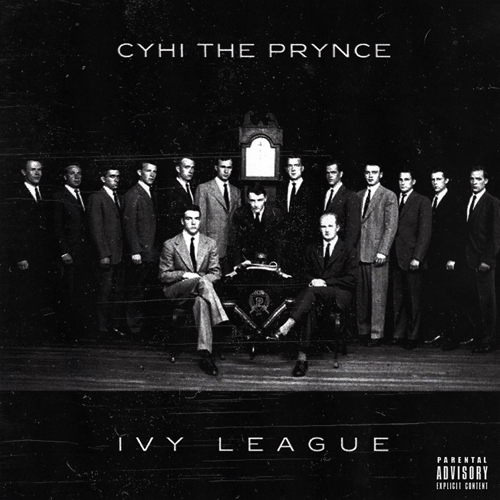