While stopping through the Ciroc-sponsored lounge at HOT 97’s Summer Jam, Atlanta rapper 2 Chainz chopped it up with writer Shaheem Reid about the reception Kanye West’s “Mercy” has received thus far.

2 Chainz explained that he had no idea the song would be a single or how much potential it would have once released. The rapper also spoke on his appreciation for all of the artists featured on “Mercy.”

“I think all them people dope. I’m fans of them. Sean is ill. I’ve been a fan of Pusha and them since he was doing The Clipse thing. Just how they kept it street,” 2 Chainz explained in a video posted on XXLMag.com. “And then you know ‘Ye is like a Back To The Future type dude as far as knowing what’s gonna happen ahead of time. And when I did this record I had no idea it was gonna be a single. I had no idea the potential of this record and that just kinda shows you the vision that ‘Ye got. I’m definitely happy to be a part of the extended family of G.O.O.D. Music.”

Later in his interview 2 Chainz was joined by fellow “Mercy” collaborator Big Sean. The Detroit rapper went on to express his respect for 2 Chainz and commended the rapper for showing him that “anything is possible.”

“He showed me that you can turn up at any time,” said Big Sean in regards to 2 Chainz. “People knew who Tity Boi was. People knew who he was and he still got the energy, the recognition a new artist would get cause he turned up to the max. He was one of the people that showed me anything is possible.” 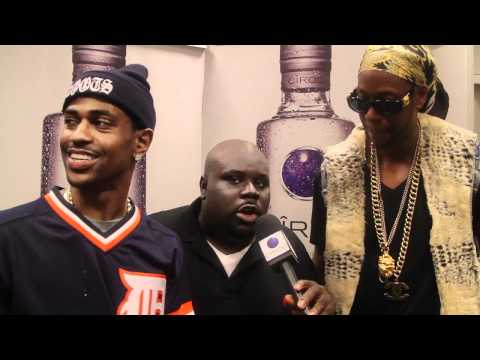