In a recent interview with DJ Skee, A$AP Rocky discussed a slew of subjects, including the A$AP Mob’s upcoming project.

When asked whether his solo album would still be dropping in July, Rocky replied, “Yes, definitely. But we tryin’ to drop the [A$AP] Mob tape [in May].”

The emcee was asked what the A$AP Mob tape would sound like. “You know, like, the beginning of the Coachella performance?” asked the New York native. “That was like a quick preview of what is about to happen. I’m tellin’ you – we got ammunition. It’s not even a joke.”

A$AP Rocky also provided some advice to artists trying to get into the game.

“I just feel like…believe in what you do,” explained Rocky. “You really got to. Because if you fakin’ it, it’s gonna show eventually, and that’s the worst thing you want. That’s when people get shelved and flop, and all that other stuff.”

A$AP Rocky was also asked to list who he thought were the best current emcees. “Kendrick and Schoolboy [Q],” replied Rocky, quickly. 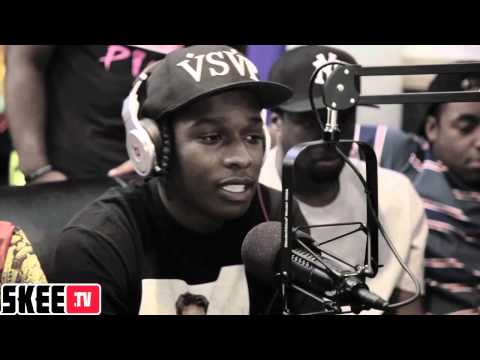