During his set last night at the second weekend of Coachella 2012, A$AP Rocky brought out surprise guest Master P for an on-stage cameo.

The Harlem, New York rapper, who also performed last weekend at Coachella, brought out the No Limit squad including Master P and Romeo. “And I’m so ’bout it, ’bout it, I might roll up in a tank,” he said before the crew emerged to perform “Make Em Say Uhh!”

during the set, and paid tribute to Trayvon Martin with the cut “I Miss My Homies.” “It was murder with the case of Trayvon Martin recently and me and P thought it would be right to dedicate something to him,” he said.

Watch the performance with Master P below (via Rap-Up). 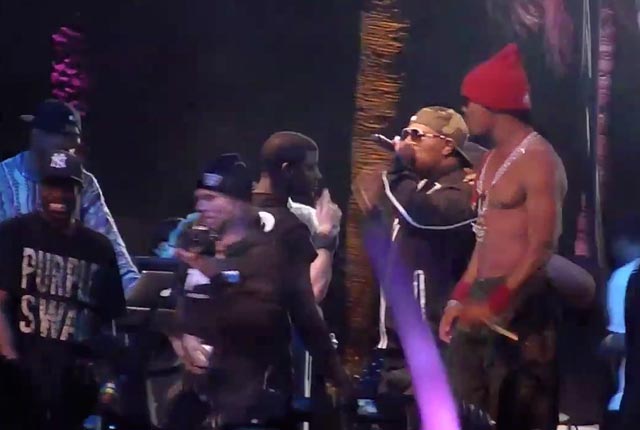