Diggy Simmons recently chopped it up with Karen Civil to address the low sales of his debut album, Unexpected Arrival. The LP only moved 21,000 copies in its first week of release, landing at No. 13 on the Billboard 200. Diggy explains that he’s satisfied with the sales, and that he expects it to be a slow-grower like Jay-Z’s Reasonable Doubt or Bruno Mars’ Doo-Wops & Hooligans.

“It’s about growth. You look at a whole bunch of people. Look at Reasonable Doubt, when that first came out, that wasn’t anything. And look at Jay now. You could look at Bruno [Mars] recently. When Doo Wops & Hooligans came out, like 50,000 first work and ended up going double plat,” he said. “It’s about growth for me. I’m happy that the people who are listening to it are loving it. It’s like having an impact on your life and making them want to aspire to be whatever it is they want to be. Because that’s what Unexpected Arrival is about, it’s about making your arrival in life special. No matter what people say or if they don’t know what you’re capable of. It starts with the belief in you before you try to go and look for other people’s approval. I’m happy that it’s doing that for people.” 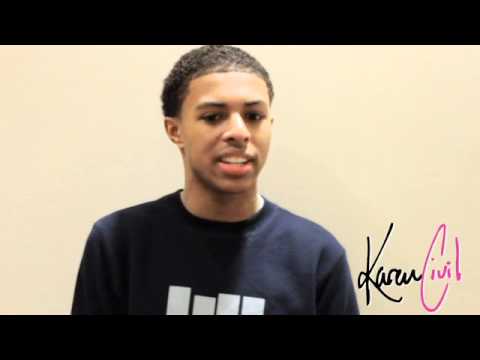