Just when the world of Hip Hop thought it was done with V-Nasty, the controversial rapper has managed to find her way back into the spotlight. On her recent album with Gucci Mane BAYTL, the White Girl Mob rapper attacked David Banner with the line, “Got more bricks than houses in Atlanta/Damn how a white bitch more hood than David Banner,” after Banner took issue with her use of the n-word in his song “Swag.”

Now, Shade 45’s Sway got the exclusive from Banner about V-Nasty’s diss and the implications of her use of the n-word on Hip Hop. Banner explained that he never intended his song “Swag” to actually be an attack on her as a person; rather, he aimed to expose the adverse cultural and racial effects of accepting her use of the n-word without question.

“It don’t bother me at all. One problem with Hip-Hop is people try to act a certain way and they put it on their sleeve. I don’t have to talk about the stuff I do,” he explained. “It’s funny when people tell these kids to be hood and they don’t stay in the hood. They give the kids this mentality of staying in the hood and that shows you what other cultures think about us as Black people and what’s important to us and how they try to play us Black men against each other. The sad thing [is if I was to respond], I'[d look like] the big mean Black guy. Regardless of how articulate I am, if I move any kind of way I will always be crucified. Regardless of these Disney and Paramount deals I’m doing, I’ll always be looked at in that manner so what I realize that as Black people, we have to stop letting people play our culture like that.”

Banner also added that he’s more upset with other members of the Hip Hop community, most notably Fat Joe and Mistah F.A.B., who didn’t take issue with V-Nasty saying such a polarizing word. He said that while he doesn’t believe that V-Nasty was intentionally being racist, he feels that she’s ignorant to the pain that a white person causes in saying the word.

“I’m more concerned about the people around her that allow her to feel comfortable enough to do that. I was actually one of the people that kept folks off of her. That’s a lil’ girl. I honesty believe that she don’t know know better and the plight between our races is so much bigger than her. I don’t think she knows the ramifications and pain of the word…her people were not hung from trees and forced to accept the word ‘nigger.'” 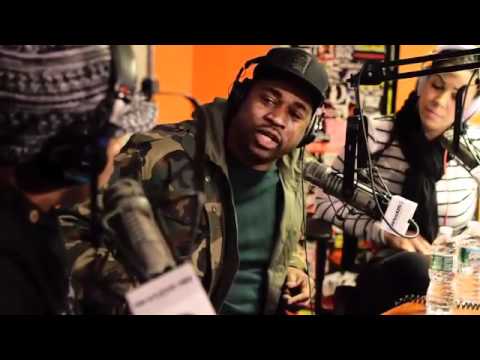 RELATED: David Banner Deems Last Album “One Of The Best Albums Since The ’90s,” Explains What Inspired “Swag”