During a recent interview with DJ Vlad, Fat Joe defended V-Nasty and The White Girl Mob for their use of the n-word. He also spoke on Reverend Al Sharpton’s use of the word, saying even he has used the term in the past.

When asked if he followed The White Girl Mob’s Kreayshawn, Fat Joe said he has only heard her single, “Gucci Gucci.”

“Nah but I love her song, ‘the Gucci Gucci Gucci.’ I think they have something to say. That’s what’s dope about Hip Hop.”
Soon, the conversation went into V-Nasty’s use of the n-word, which Fat Joe defended.

The Terror Squadian then said he had a bone to pick with one of the most public opponents of the n-word, Al Sharpton.

He did however acknowledge that some may still be offended by the term being used by anyone.

“It’s fucked up. It started out racist, somebody made it cool…I’m sure, I’m willing to defend [V-Nasty]. I never met her in my life but I’m sure she meant it as a term of endearment. Now, if you old school and you grew up when segregation, you grew up when they was throwing water on people, and Rosa Parks, then you take offense.”

He also defended his use of the term saying, “My whole theory about it is, I’m Latino and I can’t say nigga? Blacks and Latinos is the same shit.” 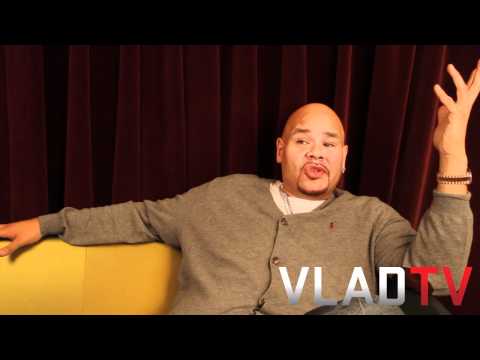 RELATED: V Nasty Defends Use Of N Word; Vows To Not Use It In Rhymes