Before his show at Chicago’s House of Blues, Wale stopped by WGCI’s Coke Lounge to discuss a number of topics, beginning with his track “Focused,”

featuring Kid Cudi, off of his upcoming album, Ambition.

“We made the record that I think our original fans wanted to hear,” continued Wale.

Wale also addressed his switch to Maybach Music Group, and how that hasn’t affected his style. “Everybody thought I was gonna do a whole bunch of Lex Luger beats,” he explained. “I don’t rap like Rick Ross. I don’t rap what he raps about; I don’t rap about Meek raps about. I’m my own person. That’s why I’ve been able to progress.”

Wale went on to add that Rick Ross is “100 percent fine” after suffering two seizures last week and ending up in the hospital.

Watch the interview below, courtesy of FakeShoreDrive.com. 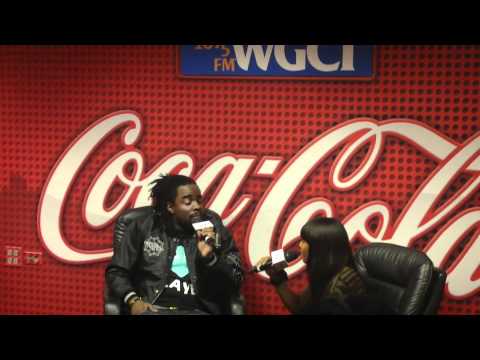