While Rick Ross’ long-running beef with Young Jeezy is certainly not news, the Teflon Don has finally shed light on the contentiousness.

“There was a freestyle done on the BMF track where some things were said, and you know, I attempted to address it like a real G would [by reaching out to him,” explained the Bawse in an interview with Funk Flex. “I never got a direct answer. There was some things being said on record that perpetuated that there may be beef. I always did business with homie.”

“You gotta understand, when you talk about this street life and being one hundred and being solid, it’s certain things that you just bring to a person. That’s what I was expecting. And that never happened. However homie feel, that’s him. Just all the way being real…we were just at the BET Awards, and I sat in the front row, and he performed. If it’s any pressure, handle it right then! …if we not gonna handle it right then, [it shouldn’t be a problem].”

Funk Flex suggested that perhaps Jeezy was envious of Rick Ross’ recent success. “But if that’s the case,” replied Ross, “we label those feminine ways. …Every man gotta hold his own.”

“I can be around a Puff Daddy, who’s worth close to a billion dollars, and not feel in no way inferior. …If anything, that’s gonna inspire me. That’s gonna motivate me.” 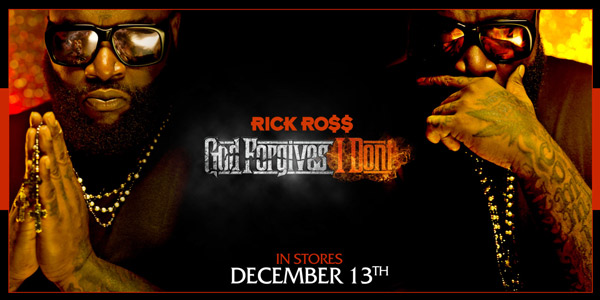 UPDATE #2: After releasing a teaser cover for his upcoming album God Forgives, I Don’t, Rick Ross has unveiled the official album cover for his pending release. 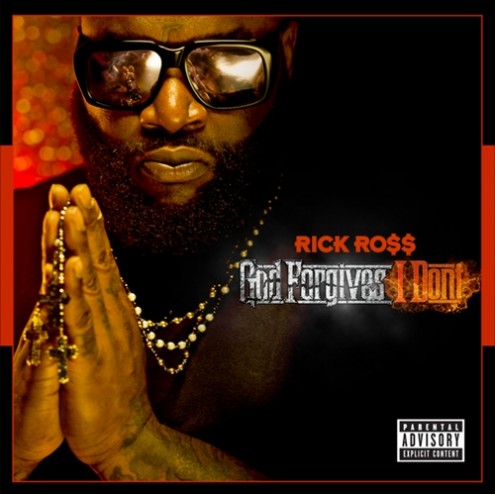