Odd Future Wolf Gang Kill Them All may be one of the most critically divisive Hip Hop acts of the past decade, but that hasn’t stopped them from finding an audience. Now, fresh off Tyler, the Creator’s recent VMA win, Adult Swim has announced that they have picked up a new TV series starring the Wolf Gang set to debut next year.

According to a recent press release, OFWGKTA’s “Loiter Squad” has been picked up by the late night cartoon network. Although details on what will actually appear on the 15 minute program are slim, previous reports indicate that the show will resemble “…a mixture of ‘Jackass’ and ‘Chappelle’s Show,'” featuring sketches, man-on-the street segments and pranks.

UPDATE: Odd Future’s “Loiter Squad” is set to debut on Cartoon Network in March. The series is described as a “live-action show that features sketches, man on the street segments, pranks and music from Odd Future Wolf Gang Kill Them All.” HipHopDX will keep you updated as more information comes to light.

UPDATE #2: The official trailer for Odd Future’s “Loiter Squad” has been revealed. Watch the trailer below in anticipation of its March 25th premiere. 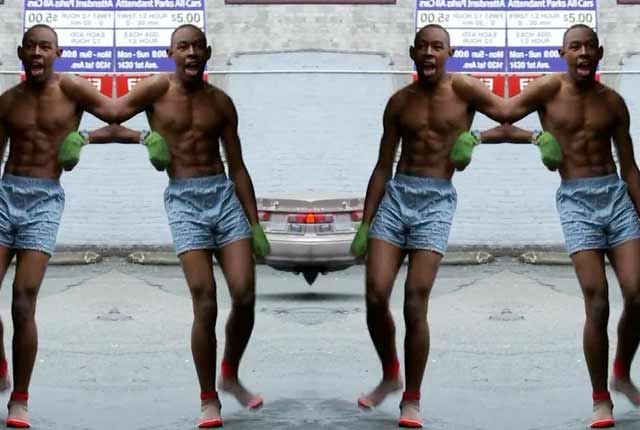 UPDATE #3: The first episode of Odd Future’s Loiter Squad has been released. Watch the full episode below.