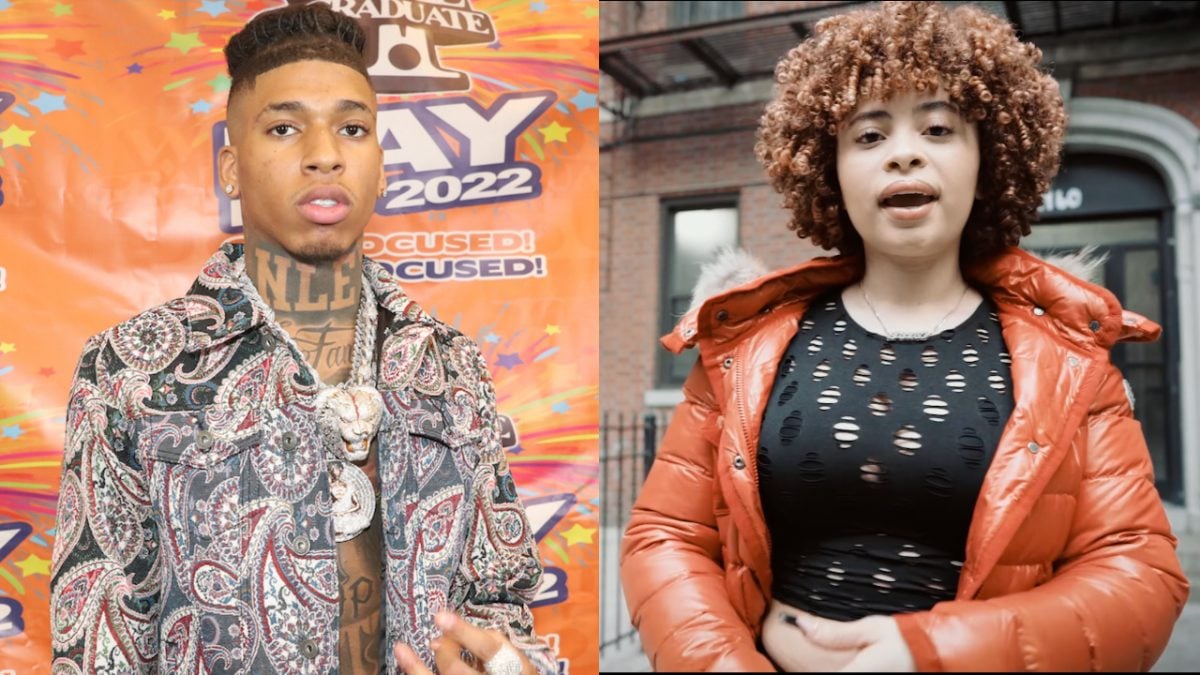 Ice Spice has shared her thoughts on NLE Choppa’s upcoming single that he’s named after the Bronx rapper herself.

The Memphis rapper took to Twitter to reveal the song’s cover art, which features a cartoon version of Ice Spice inked up in all of NLE Choppa’s unique tattoos. “She thought I was feeling her. She was right,” Choppa wrote. “What y’all think?”

Ice Spice got wind of the track, and needless to say, the “Munch” creator didn’t seem too flattered by the shout-out. “N-gga feenin gotta play it cool,” Ice Spice responded.

Choppa responded to Spice’s comments in a since-deleted tweet that read, “What jayda said these n-ggas Been on my bodyyyyyy.”

Choppa’s new single comes after he recently teamed up with 2Rare for his “Do It Again” track which dropped on October 7.

Music aside, NLE Choppa has been busy making headlines for other reasons. He claimed to be the first rapper to lead an NBA team out of the tunnel during pre-game introductions after he performed at the FedEx Forum for the season opener of the Memphis Grizzlies earlier this month.

This attracted the attention of Soulja Boy, who of course bit back at Choppa’s claim, only later did he give the 20-year-old his flowers when he realized he had only performed at the halftime of a Los Angeles Clippers game, not walk out a team.

Choppa also made headlines for a salacious picture he posted to Twitter at the end of October, which accentuated a certain body part and made his fans question his sexuality in the process.

“First and foremost I love myself and I’m comfortable enough in my skin to show the beauty God blessed me with,” Choppa wrote on Twitter. “Secondly I LOVE all so I don’t mind attracting both genders, but most importantly my sexual preference is women. Please stop trying to make me something I am not.”

As for Ice Spice, she’s been trying to get used to all this new attention. She dropped off her new single “Bikini Bottom” on October 28, and has been enjoying the spoils of her viral hit “Munch,” which ultimately resulted in her hanging with Drake.

“When Drake DM’d me, I did not really expect that,” Spice told RapCaviar. “I had just landed in L.A. for my Genius Open Mic for ‘Munch,’ and he was actually like, ‘Yo, ‘Munch’ is hard and your On the Radar freestyle is hard.’ And I was like, ‘Damn, that’s crazy because I’m really in L.A. about to shoot the Open Mic.’”

The young rapper has actually made a lot of money from her breakout hit, so much so that on Wednesday (November 2), she said she wanted to give some spoils away to her fans.

“I got 2 milli for using a mic b!tch everyone reply your cash tags im giving away some money,” she wrote on Twitter.