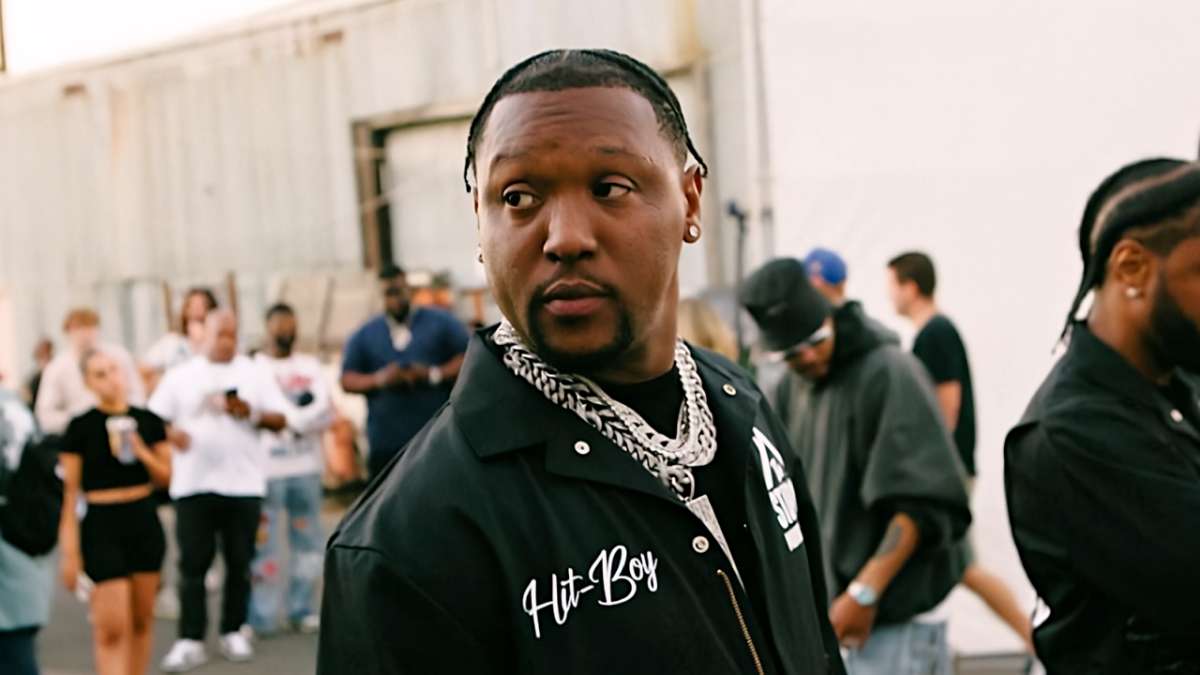 Hit-Boy has revealed he went broke within just a few years of producing JAY-Z and Kanye West’s multi-platinum hit “N-ggas In Paris” in 2011.

During a recent appearance on Akademiks’ Off the Record podcast, the King’s Disease hitmaker opened up about blowing through all of his money after the success of his Watch The Throne placement and the lucrative deals that followed, admitting he found himself alone and crying on the floor of his home.

Hit-Boy’s financial struggles weren’t down to frivolous purchases or foolish investments, though, but due to him sharing the spoils of his success with his friends and collaborators in an effort to uplift them. Things soon spiraled out of control, though, leaving the producer at rock bottom with zero dollars in his bank account.

“I got a big-ass mansion with five studios in it, all my artists living with me. It was just a recipe for disaster. But that’s what n-ggas comes from. N-ggas come from having nothing so when you come up, you wanna put your homies on, you wanna have them opportunities to provide. But that shit don’t always work out how you think it’s gonna work out.”

He continued: “I turned up 2012, got dumb bread; by 2017, I was laying on my ground with zero dollars in my account after having millions, balled up in [the fetal position], crying. Nobody around me, by myself, and I was living in a mansion in Beverly Hills. I blew it. I was investing in the homies, I was putting up money for everybody around me.

“And mind you, ‘Sicko Mode’ had been recorded, at least Drake’s first part to my part of the beat that I gave Travis. All type of shit was going on, but I still was like, ‘Yo, I got no money in my account.’ I can’t reach the n-ggas that manage me — at the time it was Roc Nation. I’m just completely on my own. I had no money in my account, bro.”

Hit-Boy went on to reveal that due to his “fucked up” publishing deal at the time, the majority of his early millions came not from “N-ggas In Paris,” but the Interscope deal that he signed in 2012. It was through the storied label that he launched his Hits Since ’87 (HS87) imprint and signed artists like Audio Push, Kent M$ney and K. Roosevelt.

Having grown up without experiencing “real money,” though, Hit-Boy found himself paying for meals for upwards of 30 people and spending around $2,000 a week just to keep his refrigerator stocked. He eventually “X’d” out the friends who were living with him and parted ways with his HS87 roster, who he feels saw themselves as “the reason for the season.”

Fast forward to the present day, and Hit-Boy has successfully clawed his way back to the top, both in terms of musical success and financial security. HipHopDX‘s 2020 Producer of the Year is on arguably the best run of his career thanks largely to his partnership with Nas, with whom he’s released four projects in the last three years, including the Grammy-winning King’s Disease trilogy.

“I’ve seen the mountain top — being in the studio with JAY-Z, Beyoncé, Kanye West, Spike Lee, John Legend, making beats on the spot, n-ggas losing their fucking marbles — to having no money, zero dollars, balled up on the ground in Beverly Hills, trying to figure out how I’m gonna pay for this rent in this crazy crib that I’m in,” Hit-Boy reflected.

“Just to be in this position, God really made this shit happen for me. Me being on a run with the Nas shit, being nicer than I ever been. I’m so much iller than I’ve ever fucking been, musically. Fuck the industry shit, fuck the money, all that — when it comes to music, I am incredible right now compared to what I used to be.”