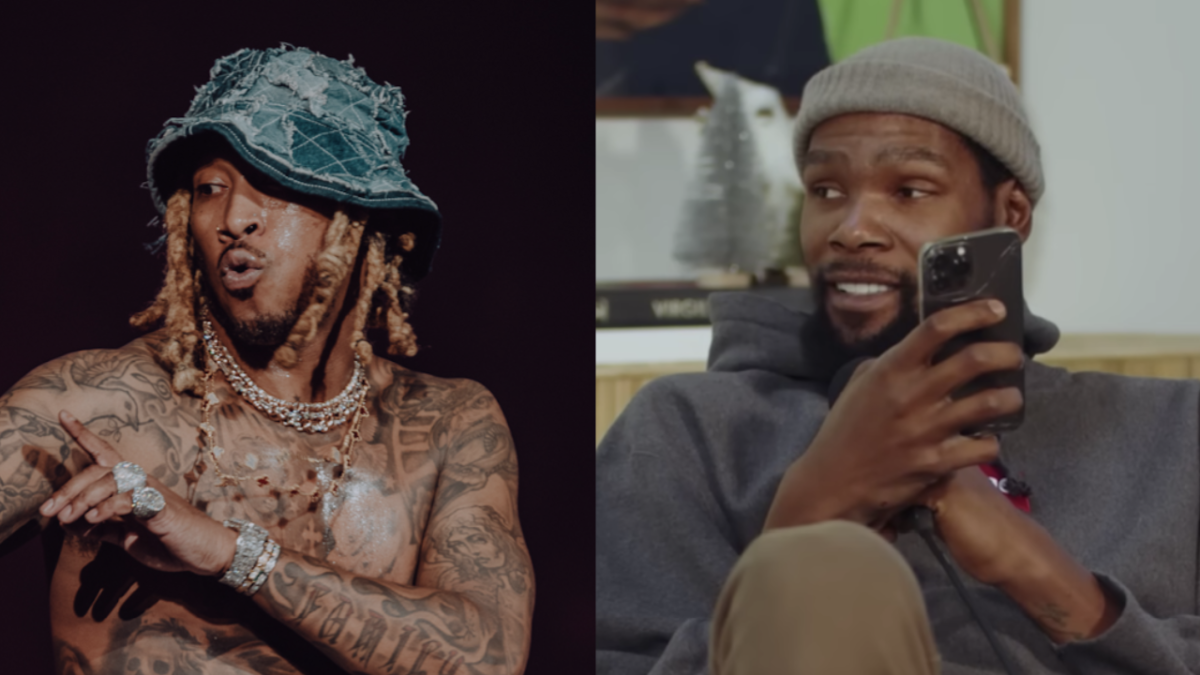 Future‘s I NEVER LIKED YOU has been a staple of many year-end lists for best 2022 albums and he’s received some high praise from NBA superstar Kevin Durant.

KD revealed his Top 5 albums of the year on a recent episode of The ETC’s podcast, and the Brooklyn Nets forward gave Pluto the No. 1 spot.

“That album top to bottom — I think where I first heard it where I was made it a moment for me,” Durant said. “On top of every song — I don’t think he had any misses on here. Did he go 16 for 16 on here?

“Transparency, he’s honest, he’s vulnerable, confident, aggressive. He’s really authentic with his moment I don’t feel like it’s a lie at all,” he added.

KD went on to deem Billboard Hot 100 topper “WAIT FOR U” featuring Drake and Tems as one of his songs of the year and said that the project felt like “a movie” when digesting the entire Future experience.

I NEVER LIKED YOU debuted at No. 1 atop the Billboard 200 in May with 222,000 total album-equivalent units sold in the first week.

The rest of Durants’ Top 5 includes Kodak Black’s Back For Everything at No. 5 as the former NBA MVP has long been a fan of Yak. Steve Lacy’s Gemini Rights took the No. 4 spot with 38 Spesh’s 7 Shots clocking in at No. 3.

Durant has been tight with Drake for a while so it’s no surprise to see Her Loss with 21 Savage nabbing the No.2 slot.

“I play it during shootaround before the games,” KD said. “I play it everywhere actually. It was top-to-bottom, you already know.”

The Nets star dubbed “Privileged Rappers” the best song from the joint effort with “Middle of the Ocean” not far behind.

On the court, KD and the Nets are looking for their seventh consecutive victory with a matchup against the wounded Golden State Warriors in Brooklyn on Wednesday night (December 21).