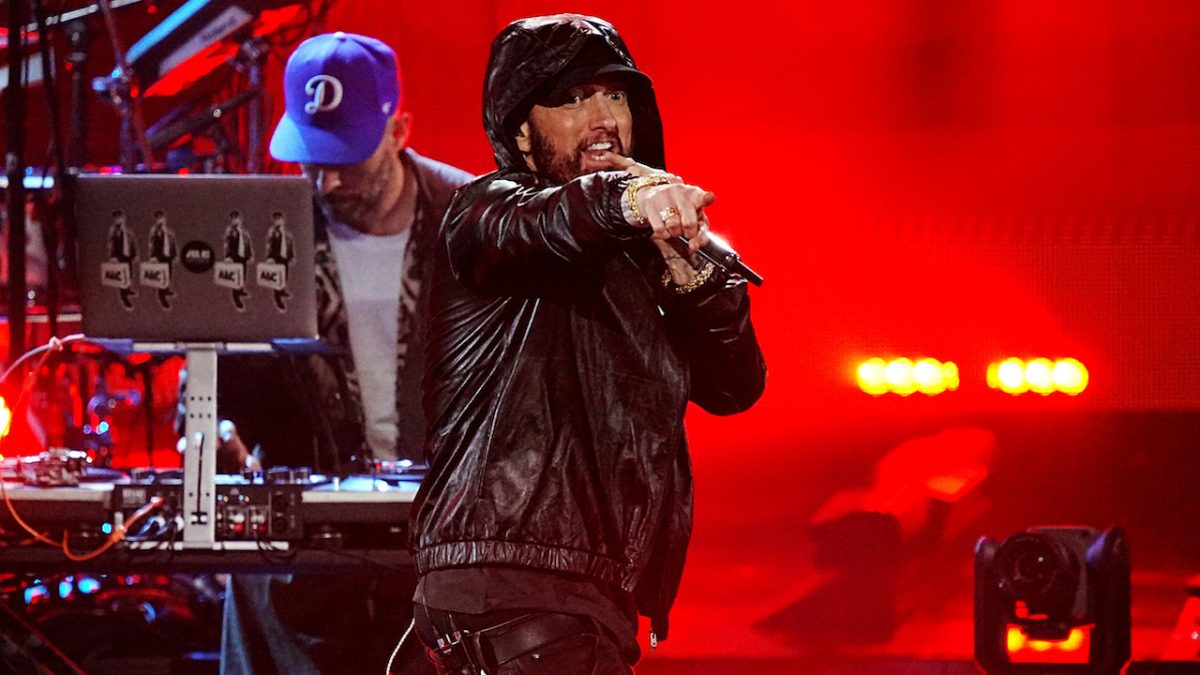 The New York City pop-up will occur November 10 – 20 at the Shopify space in Manhattan’s SoHo neighborhood. Participants must RSVP via the restaurant’s website in order to gain entry.

“#8Mile 20th Anniversary pop-up with @momsspaghetti is coming to NYC Nov 10-20 at the @Shopify NY space in SoHo,” Eminem wrote on Twitter. “RSVP to get in at http://momsxshopify.com.”

Eminem first announced plans for a Mom’s Spaghetti restaurant back in 2017, and it finally became a reality when Em opened the eatery’s first brick-and-mortar shop in Detroit in 2021.

The name of the restaurant is pulled from Eminem’s seminal hit “Lose Yourself,” which was born from the classic battle rap movie 8 Mile that hit theaters on November 8, 2002.

“Lose Yourself” would go on to be the first rap song to win Best Original Song at the 2003 Oscars. It would then win Best Rap Song and Best Male Rap Solo Performance at the 2004 Grammy Awards and earn Slim Shady his first No. 1 on the Billboard Hot 100 chart.

“Lose Yourself” has since been certified 13x platinum by the Recording Industry Association of America (RIAA), while the 8 Mile soundtrack itself is currently 4x platinum.

Em announced a deluxe re-release of the soundtrack on October 27, which hit DSP’s on October 28 and included instrumentals from all of the classic songs.

The 8 Mile soundtrack has remained an important album in Hip Hop History, and according to Mobb Deep’s Havoc, it’s still partially paying for his lifestyle.

The duo’s signature hit “Shook Ones” was featured extensively throughout the film, including in the iconic scene of Eminem’s B-Rabbit character freestyling over its instrumental. Havoc said he’s been collecting those royalty checks ever since.

“I mean, I was really taken back because I didn’t even know if Eminem was a fan,” Havoc said of the track on the red carpet of the 2022 BET Hip Hop Awards in Atlanta, Georgia. “So to hear that, I found out he was a fan and then the cha-ching sound went off in my head. It bought this Fendi sweater!”

The Detroit rap icon’s third album The Eminem Show also turned 20 in 2022, and to celebrate the milestone Em also dropped off a 20th anniversary expanded edition of the project, which included unreleased songs such as the Ja Rule diss track “Bump Heads” with 50 Cent, Lloyd Banks and Tony Yayo.