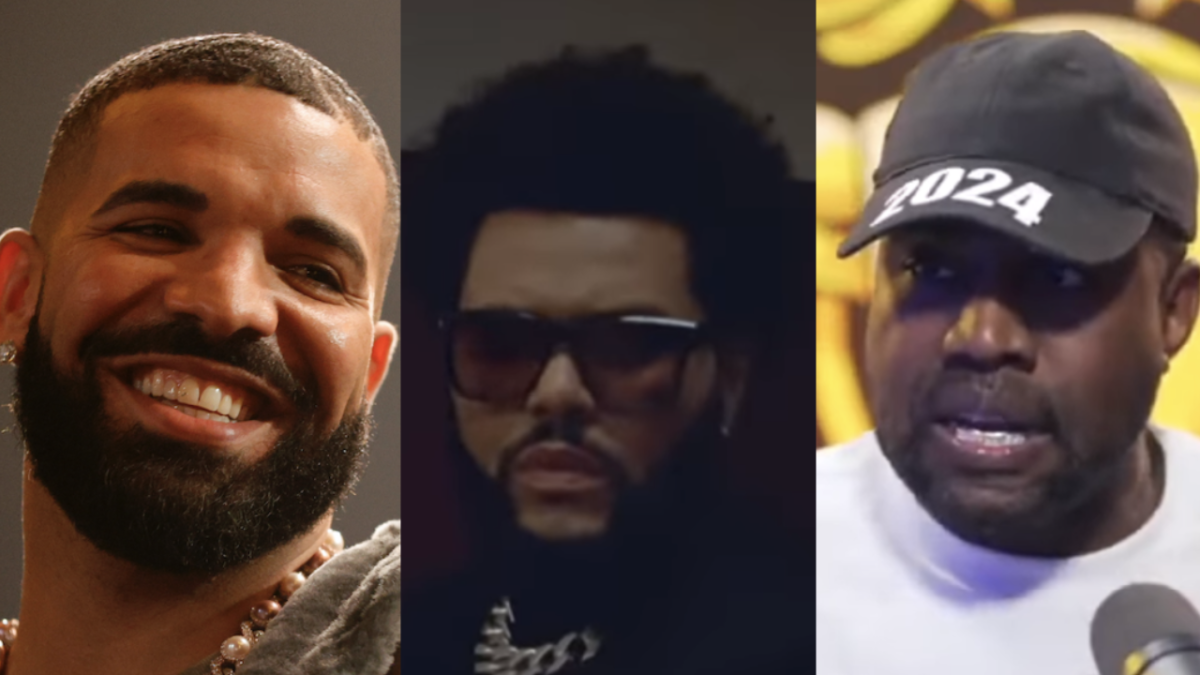 Drake, Kanye West and The Weeknd are just some of the names amongst a group of heavy hitters that have landed on Spotify’s 2022 most-streamed artists list for the U.S.

The No.1 spot goes to Drake, with Taylor Swift, Bad Bunny, Ye and The Weeknd right behind him. As for most streamed male artists in the country, the 6 God once again comes out on top with Bad Bunny, Kanye West, The Weeknd and the late Juice WRLD filling out the Top 5.

Other names that fill out the next five slots, in order, are: Lil Baby, Kendrick Lamar, country singer Morgan Wallen, Future and YoungBoy Never Broke Again.

For the most streamed female artists in the country, Doja Cat comes in second place, right behind Taylor Swift, while Billie Eilish and Ariana Grande come in at third and fourth place. Rihanna, Beyoncé, Nicki Minaj and SZA fill out the fifth, sixth, seventh and eighth slots.

Globally, Bad Bunny reigns supreme with T-Swift, Drizzy, The Weeknd and K-Pop group BTS filling out the rest of the slots in order. Jack Harlow also got some love as his No. 1 hit single “First Class” landed at the No. 5 slot on the country’s most streamed songs list.

While people were sharing their Spotify Wrapped lists, Drake joined in on the fun and revealed who he listened to the most in 2022. The OVO Sound boss listened to 2Pac for a total of 246 minutes and was among the top seven percent of the late rapper’s listeners in 2022.

2Pac was sampled on Drake’s “Stars Align” collaboration with Majid Jordan, which appeared on the OVO duo’s Wildest Dreams album in 2021. The track sampled ‘Pac’s 1995 song “Temptations” from Me Against the World, with Shakur’s name also appearing in the credits.

Drake’s love of 2Pac goes back even further. In 2011, Drizzy paid tribute to Makaveli by explaining how much he admired him not only for his music, but how he lived his life.

“If there was anybody that I wish I could be a little more like, it’d probably be Pac,” he told The Boombox at the time. “I think more than anything, aside from his music, which was absolutely incredible, I think he just drove people with who he was, the way he carried himself.”

He added: “He was somebody who was a free spirit and he did not care, he just did what he felt. I wish I could have a little more Pac to my persona. I’m working on it.”