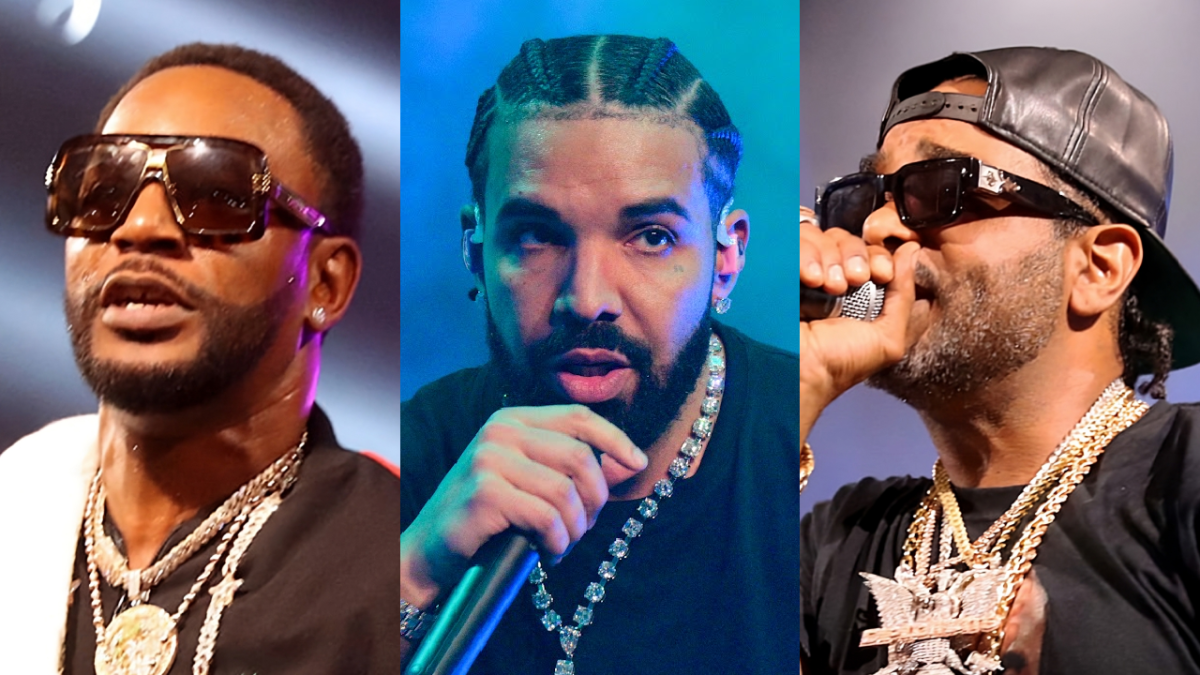 Drake enlisted help from Dipset and 21 Savage as he took fans on a “journey” through his career at the first of two shows at Harlem’s Apollo Theater.

During his intimate set at the iconic venue on Saturday night (January 21), which had been pushed back numerous times due to TakeOff’s death and “production delays,” the 6 God ran through hit singles and deep cuts alike as the stage transformed from his childhood bedroom to a record label boardroom.

Attendees included Kevin Durant, Odell Beckham Jr. and Ice Spice — who Drake allegedly dissed on his latest album Her Loss following reports that he unfollowed her on Instagram — as well as the Toronto rapper’s mother and longtime producer Noah “40” Shebib.

Towards the end of the concert, Drake brought out hometown heroes Dipset as the stage morphed into a Harlem bodega. Dressed in Cam’ron’s famous pink fur coat and hat, Drake played hypeman as Cam’ron, Jim Jones, Juelz Santana and Freekey Zekey tore through “I Really Mean It,” “Dipset Anthem” and “We Fly High (Ballin’).”

Before departing the stage, The Diplomats gifted Drizzy a custom OVO x Dipset bracelet, while The Boy paid tribute to the NYC crew’s influence.

Shooting back to present day, Drake then welcomed 21 Savage to the stage for several tracks from their 2022 joint album Her Loss, including “Rich Flex,” “Privileged Rappers” and “Spin Bout You,” as well as “Jimmy Cooks” and “Knife Talk.”

In between songs, the duo hinted at going on tour together in 2023, with Drake telling the crowd: “We’re gonna be out on the road this summer.” Details about an alleged It’s All a Blur Tour surfaced online prior to the show.

The Canadian hitmaker also teased the release of yet another new project — which would mark his fourth in three years — while giving a heartfelt speech to his fans.

“I appreciate all of those people that stick by me. I know it’s like a cool thing … to be like ‘fuck Drake’ … but I deeply appreciate everybody for continuing to support us,” he said.

“I’ve thought about a bunch of things in life, but at this moment in time none of those things are stopping making music for you, so I’ll be here for you for a little bit at least. And I hope I can strike up more emotions for you, maybe this year. I might get bored and make another one, who knows!”

Drake will return to the Apollo Theater for round two on Sunday night (January 22). Check out the setlist from Saturday’s concert below.