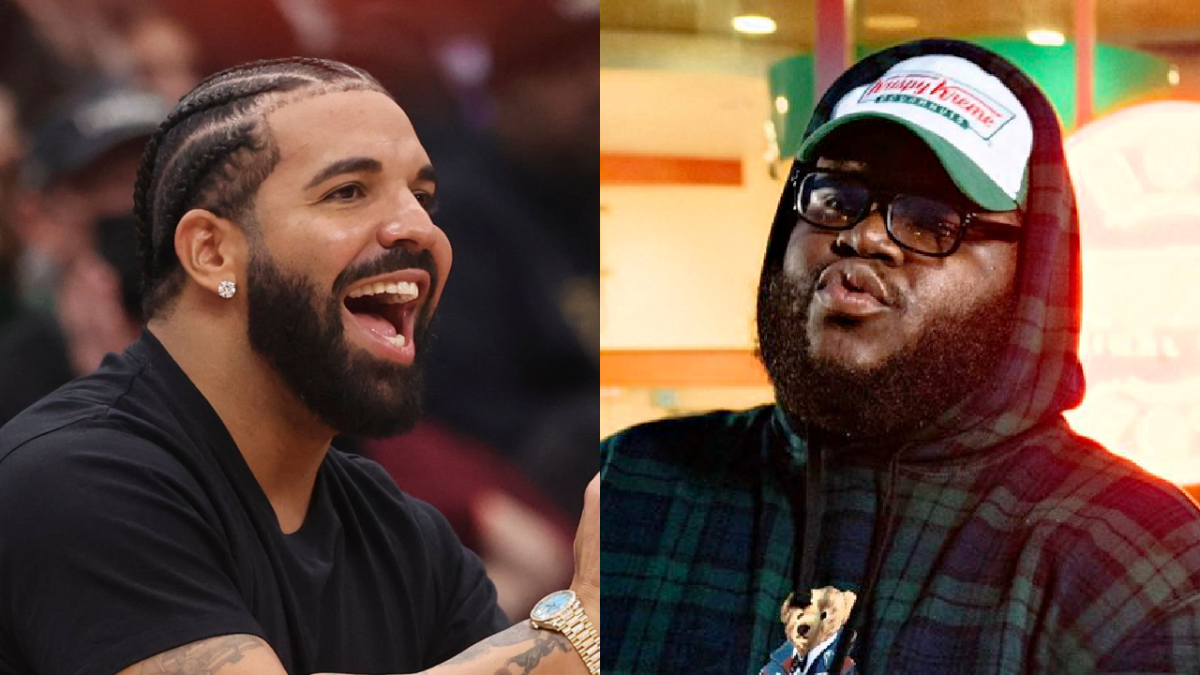 The Flint, Michigan native, who’s best known for his humorous rhymes and conversational flow, has been documenting his weight-loss journey on social media in recent weeks — and it appears the 6 God has been keeping tabs.

In a vlog uploaded to his Lunch Crew YouTube channel on Monday (December 5), Packman can be seen opening a package that was delivered to his apartment and losing his mind when he realizes it’s a surprise care package from Drizzy.

In addition to a fresh pair of his all-white kicks, the shoe box contained a note from Drake that read: “To Packman, I hope you enjoy the gift. More importantly, best of luck on your weight-loss journey. Keep it up, kid. — The Boy.”

“Bro, these came from Drake?!” Packman reacted before letting out a surprised laugh. “Bro! This shit came from Drake, n-gga! You feel me? Bitch, I’m lit! Fuck you talkin’ bout? I feel like Lil Yachty, no cap. Can’t no n-gga tell me shit!”

The sneakers have given Packman more than just workout motivation, though. After holding back tears of joy, the Fat N-ggas Need Love Too rapper vowed to take his music career up a notch next year while reflecting on his long-running Drake fandom.

He also posted the clip on Instagram with the caption: “ONE OF THE GREATEST @champagnepapi SENT ME HIS SHOES AND GAVE ME MOTIVATION TO KEEP WORKING OUT MAN THANKS SO MUCH I STARTED FROM THE BOTTOM FR AND TO GET LOVE FROM ONE OF THE GREATS IS MAJOR.”

BfB Da Packman began his weight-loss journey in late October and has posted several workout videos on Instagram showing him burning the calories in the gym with the help of his trainer.

Drake Gets Put Through His Paces In Bodybuilding Workout

As for Drake’s kicks, the NOCTA Nike Air Force 1s are set to be released this week, more than a year after they were first announced. The all-white sneakers feature the phrase “Love you forever” etched onto the midsole in elegant cursive font, among other subtle touches.

Each pair comes with a limited Nike-fied edition of the 1986 children’s book Love You Forever, which inspired the shoe. The book holds a special place in Drake’s heart as his mother, Sandi Graham, used to read it to him as a child.