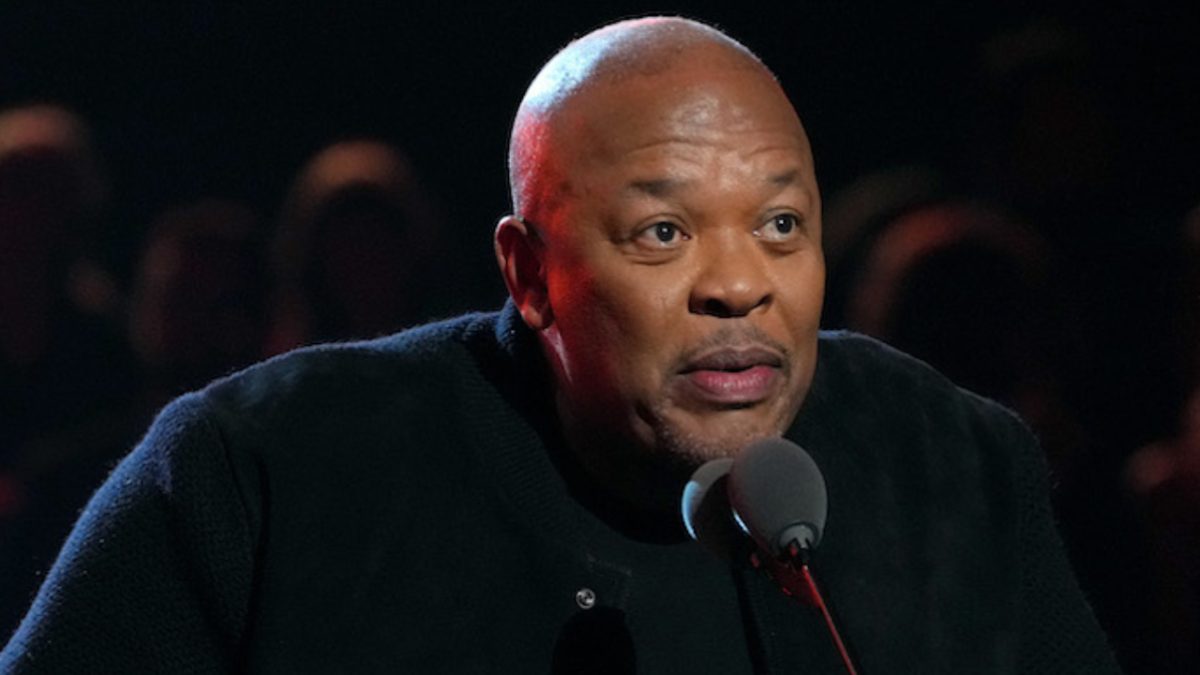 Dr. Dre’s legacy has been immortalized in various ways throughout his prolific career, and this time it’s in the form of roller skates.

To celebrate the 30th anniversary of Dre’s seminal debut The Chronic, Flipper’s Roller Boogie Palace and its founder Liberty Ross announced they’d be honoring the Hip Hop legend with an exclusive line of roller blades, which dropped on Thursday (November 10) to coincide with the opening of their London shop over the weekend.

The skates, designed by the skate company Flaneurz, sport all white Nike trainers donning Dre’s signature leaf moniker. The skates are also available as part of a sweepstake from November 11 to 15 that gives rap-heads the opportunity to win a free pair signed by the Beats By Dre founder himself.

A short film promoting the skates also premiered on MTV’s channels, and was broadcast on the Paramount Times Square billboard over the weekend.

The Chronic dropped via Death Row Records/Interscope on December 15, 1992. The album peaked at No. 3 on the Billboard 200 and spent eight months in the top 10. The project has since been certified 3x-platinum by the Recording Industry Association of America (RIAA).

Dr. Dre’s celebration comes shortly after he did some honoring of his own and inducted his good friend Eminem into the Rock & Roll Hall of Fame.

“Over 20 years ago, Jimmy Iovine, who is also one of tonight’s inductees and one of my best friends, played a demo tape for me from a guy who called himself Eminem,” Dre said during the ceremony earlier this month. “The first thing I said when I heard it was, ‘What the fuck did he just say?’ I loved it so much that I couldn’t stop listening to it.”

The pair then shared the stage to perform a medley of hits including “My Name Is,” “Stan” and “Rap God.” Eminem also brought out Steven Tyler to deliver a live rendition of the Aerosmith sample that appears on “Sing For The Moment.”