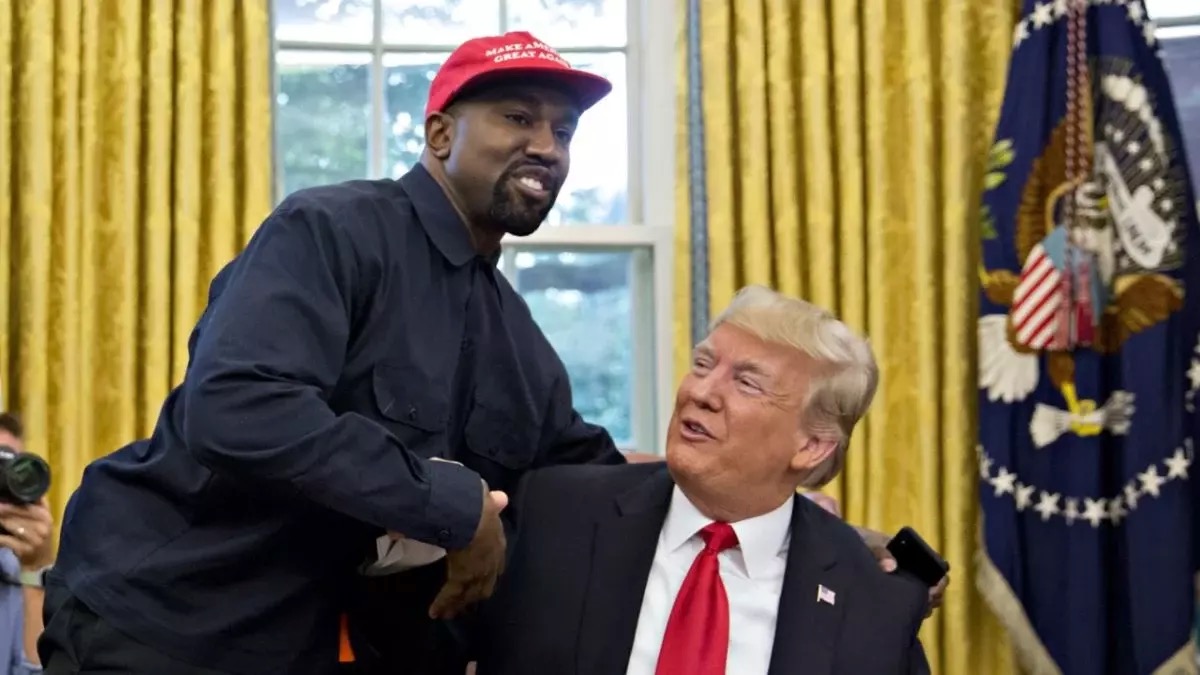 Donald Trump is attempting to set the record straight about his recent meeting with Kanye West at Mar-a-Lago.

Trump spoke about the encounter on his Truth Social platform where he claimed that Ye showed up uninvited with far-right commentator Milo Yiannopoulos as his campaign manager. The former president described the meeting as “quick and uneventful.”

“This past week, Kanye West called me to have dinner at Mar-a-Lago. Shortly thereafter, he unexpectedly showed up with three of his friends, whom I knew nothing about,” Trump said in his post. “We had dinner on Tuesday evening with many members present on the back patio. The dinner was quick and uneventful. They then left for the airport.”

Trump also noted that the meeting was about Kanye’s business dealings after GAP, Balenciaga, and adidas cut ties with the Chicago native. Trump went on to say that he told Ye not to run for President and he turned down his request to be his running mate.

“Ye, formerly known as Kanye West, was asking me for advice concerning some of his difficulties, in particular having to do with his business,” Trump continued.  “We also discussed, to a lesser extent, politics, where I told him he should definitely not run for President, ‘any voters you may have should vote for TRUMP.’

“Anyway, we got along great, he expressed no anti-Semitism, & I appreciated all of the nice things he said about me on ‘Tucker Carlson.’ Why wouldn’t I agree to meet? Also, I didn’t know Nick Fuentes.”

From his perspective, Kanye West has a totally different interpretation of the meeting including Trump being affected by his brilliance and accusing him of insulting him and Kim Kardashian, his ex-wife.

“I think the thing that Trump was most perturbed about [was] me asking him to be my vice president. I think that was, like, lower on the list of things that caught him off guard. It was the fact that I walked in with intelligence,” he said.

Kanye also claimed  Trump was “really impressed” with controversial white supremacist Nick Fuentes, who traveled with him to attend the meeting. According to the Yeezy creator, he asked the former president why didn’t free those who stormed the Capitol Building on January 6, 2021.

“So Trump is really impressed with Nick Fuentes, and Nick Fuentes, unlike so many of the lawyers and so many people that he was left with on his 2020 campaign, he’s actually a loyalist,” Kanye said. “When he didn’t know where the lawyers is, you’ll still have your loyalists.”

Additionally, Kanye West said that Donald Trump referenced Kim Kardashian in an explicit way before yelling at him and telling him he would lose the presidential election.

“But then he goes on to say that, ‘Kim is a [bleep], you can tell her I said that,’” he said. “And I was thinking like, ‘That’s the mother of my children.’ Since we and all the Christians in America that love Trump, know that Trump is a conservative, we’re gonna demand that you hold all policies directly to the Bible.”

“When Trump started basically screaming at me at the table telling me I was gonna lose. I mean, has that ever worked for anyone in history? I’m like, ‘Woah woah, hold on, hold on, Trump. You’re talking to Ye,” he added.