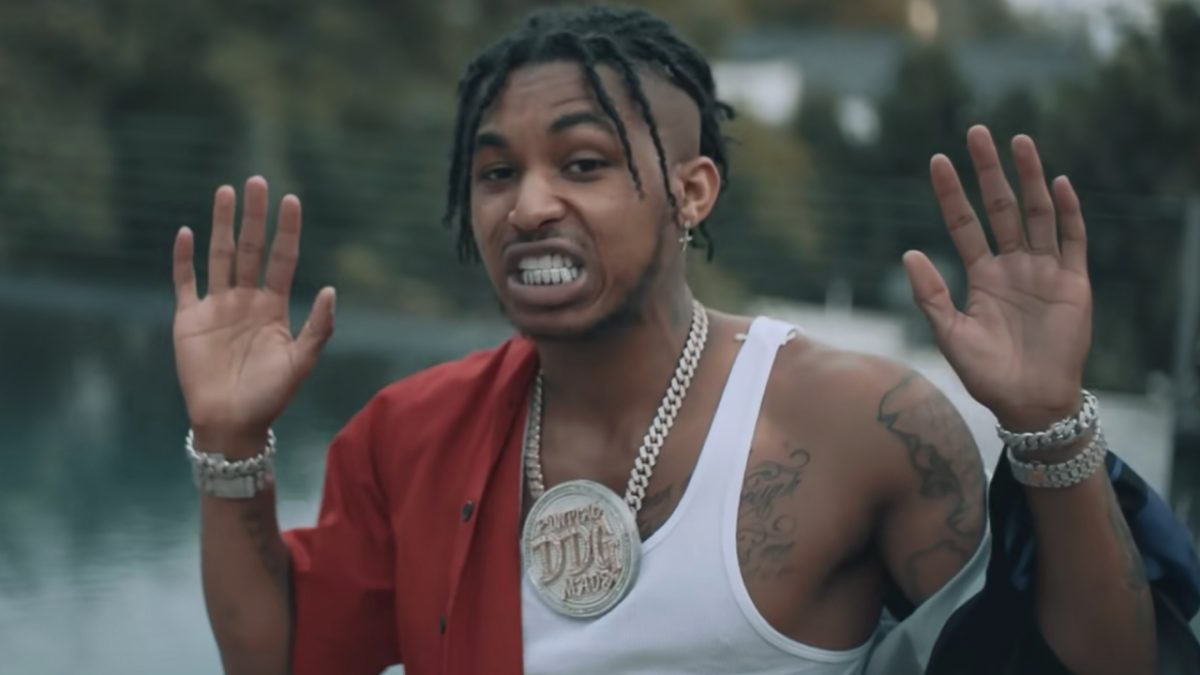 DDG has left the internet stunned after showcasing his “real voice” in an interview with the Dope As Usual podcast.

The pod’s host, Dope As Yola, said they had received an alarming amount of messages from fans prior to DDG’s arrival that said they should ask him about his “real voice.”

“Maybe it’s an inside joke, we had 200 people say, ‘ask him about his real voice,” Yola said. “Like what does that mean? Is that an inside joke?”

DDG confirmed it was real, before switching into a deep booming baritone voice that stunned the pod’s hosts.

“I just talk like this when I wanna make music and content and shit, but I really talk like this in real life, you can ask anybody,” DDG said switching to a drastically deeper register.

Fans online have been shook by DDG’s vocal change, with one person commenting on Our Generation Music that he “thought it was satan talkin for a min” before vowing to quit smoking.

“Bro sound like he in the Temptations,” commented another fan.

DDG dropped off his album It’s Not Me It’s You earlier this year, which featured appearances from Polo G, NLE Choppa, Gunna, Kevin Gates and Babyface Ray.

The album serves as the follow-up to his 2021 project Die 4 Respect which he released as a collaborative effort with Atlanta producer OG Parker. It peaked at No. 61 on the Billboard 200 chart and featured the lead single “Moonwalking in Calabasas,” with Blueface and YG.

The rapper has also been keeping busy with other ventures. He’s been working on his boxing skills, taking part in various matches, such as his fight with TikTok star Nate Wyatt at the LivexLive’s Social Gloves: Battle Of The Platforms last year.

Despite the good news, DDG’s 2022 was met with a few legal hiccups as well. In June, he was arrested when Los Angeles police allegedly spotted him driving his Lamborghini erratically.

After pulling DDG over during a routine traffic stop, officers discovered a 9mm handgun in his possession. He was placed in cuffs and eventually charged with numerous gun possession and a reckless driving charge. If convicted, each of the firearm charges could land him a year in jail as well as another maximum sentence of 90 days for reckless driving.