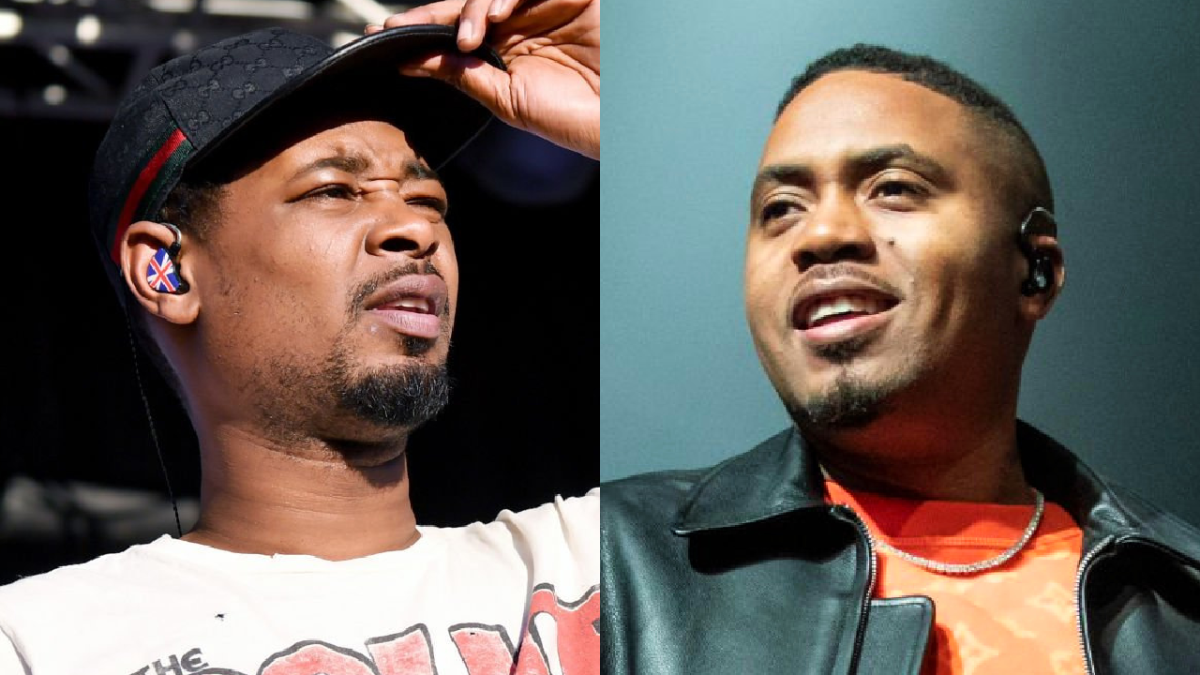 Danny Brown Reveals He Rejected Nas' Attempt To Sign Him: 'Did I Make A Mistake?'

Danny Brown once turned down a record deal from Nas, although he sometimes wonders if he made a mistake.

During a recent appearance on The Joe Rogan Experience, the Detroit native revealed Nas tried to sign him to Mass Appeal Records prior to him joining Warp Records — the British label synonymous with experimental acts like Aphex Twin, Flying Lotus and Boards of Canada — in 2016.

Despite the Queensbridge MC being his “favorite rapper,” Danny ultimately rejected Nas’ offer in favor of a more lucrative contract from Warp, through which he’s released two albums: 2016’s Atrocity Exhibition and 2019’s uknowhatimsayin¿ However, Brown admitted he sometimes has regrets about his decision.

“[Nas] wanted to sign me to his label,” he said. “I didn’t sign to him because… money. The other contract was more money, man, and that’s what it is. But sometimes I think about that. Did I make a mistake? Just because the artist that I looked up to my entire life, that made me be a rapper, tried to sign me, and I didn’t sign with him — all because of money.”

Danny Brown had high praise for Warp, who he said “has made me a better artist than what I actually am,” although he did express frustration at the delay over his upcoming album Quaranta, which he revealed has been finished for “like three years.”

While 50 was a fan of Danny’s music, his eccentric appearance was a major turn-off for the Get Rich or Die Tryin’ rapper.

“It was a real thing. 50 was with it; he just didn’t sign me because of my jeans,” Brown told MTV in 2011. “He liked the music, but he didn’t like the way I looked. I understand where they were coming from with that, but you gotta understand where I’m coming from too: I’m from Detroit.”

“I wouldn’t say [Fool’s Gold] were really into signing me at the time, but Q-Tip from A Tribe Called Quest was real close with A-Trak, who’s one of the owners of Fool’s Gold, and they hung out,” Brown explained. “A-Trak was like, ‘We’re thinking about signing Danny Brown.’ Q-Tip was like, ‘N-gga, thinking? Are you retarded? This is one of the illest n-ggas!’ He broke it down to him, like what makes me so ill.

“So then he was like, ‘Fuck it. Yeah I’ma sign cuz.’ So boom, I signed for $5,000. Literally, $5,000. And it was SXSW happening the next week, and I had like two shows. I literally spent the entire signing bonus at SXSW the next week, so I had no money, super broke. I’m living off my girl; her banking on me making it as a rapper.”

In addition to the long-awaited Quaranta, Danny Brown is also working on a joint project with fellow rap rebel JPEGMAFIA. The duo — who previously worked together on “Negro Spiritual” and “3 Tearz” — performed together at the Smokers Club Festival in May, where they debuted the “first song” from the project.