Review: Danny Brown Is An Agent Of Chaos On “uknowhatimsayin¿” 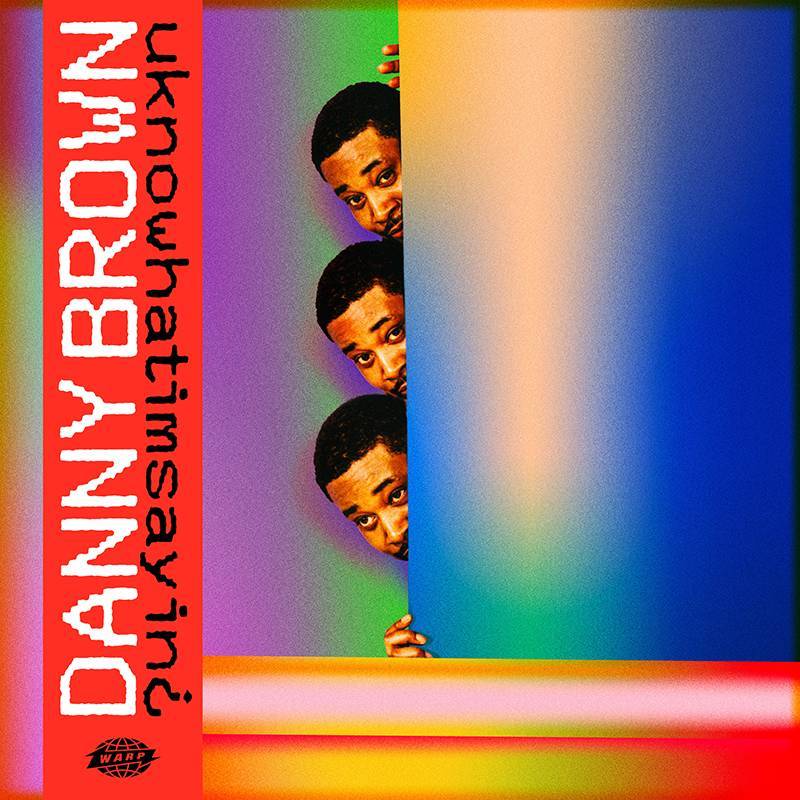 “They thought I was gone, back from the grave” is the line Danny Brown uses to open his new album uknowhatimsayin¿ and frankly, it’s fair. For all intents and purposes, Danny has been off the grid since the release of 2016’s Atrocity Exhibition and in rap years, that gap might as well be a decade of absence.

But as declared, the Detroiter is back from the proverbial grave with a short and digestible 11-song album. Well, it’s digestible if you have the stomach for pseudo-polished weirdo rap.

After the intro track “Change Up” wraps up Danny’s return-to-rap statement, he gets right into the bag he claims he never left. “Theme Song” is a tangled yet intriguing audible middle finger to his haters that “Got a little richer, now their head all bigger.” Danny creates “the theme song” for these “bitch-ass niggas” and does so over his preferred haunting beat.

This nightmarish production courtesy of Cartie Curt is sure to raise the hairs on the back of listeners’ necks. For Danny though, it’s clear he’s most at ease while sitting in these uncomfortable pockets, getting off shocking one-liners; especially on “Dirty Laundry.” The track was released a month ago and serves as the album’s “lead single” but with lines like, “The way she slurp slurp/She’s the quicker picker upper,” it doesn’t exactly make for a Top 40 chart-topper. With that said, Danny makes it apparent he doesn’t care about topping charts or winning over haters’ hearts.

Danny is downright chaotic on this album – more than he’s ever been. There are no songs even remotely resembling his upbeat 2012 hit “Grown Up.” He’s quick-witted, tumultuous and operating from a place of sheer anarchy. On “Savage Nomad” he raps, “Fuck school, stole the scales out of chemistry class/And made it all come back like memory lapse,” which is given context from proceeding lines like, “Dealt with so much pain that I don’t even know what feelin’ is.”

Even though Q-Tip executive produced the album, the ATCQ legend didn’t necessarily handle all the beats by himself. JPEGMAFIA, Flying Lotus and Playa Haze are just a few of the producers whose grimy production is perfectly matched with Danny’s chilling laughs and lyrics.

There are instances, like on “Belly of the Beast,” where the atmospheric beat, lyrics, ad-libs and disquieting subject matter will make listeners feel like you’re living through a fever dream or wreaking havoc on Gotham with the Joker.

“Combat” is the perfect love child between old-fashioned New York boom-bap provided by Tip and screwball lyrical stylings from Danny.

“Big butt, slim waist, and her hair long/Pass it down to me like a heirloom/The Henny got me wetter than whale piss/I die for this shit like Elvis” is just one example of Danny’s delightfully crude bars. In fact, the only real issue that faces this album is when Danny even mildly attempts to fit into traditional song structure.

uknowhatimsayin¿ could and should be considered one of Danny’s strongest projects to date. Q-Tip’s musical guidance (including making it a simple 11-song tracklist) plays a major role, but a lot of redeeming qualities on this album are a testament to Danny’s artistry.

By the end of the 34 minutes, there’s a natural inquiry to wonder if anyone else in the rap game is making anything remotely similar to this – the answer is no.
Danny has spent the past decade trying to establish a super-specific sound and he’s comfortable in his own pleated pocket.