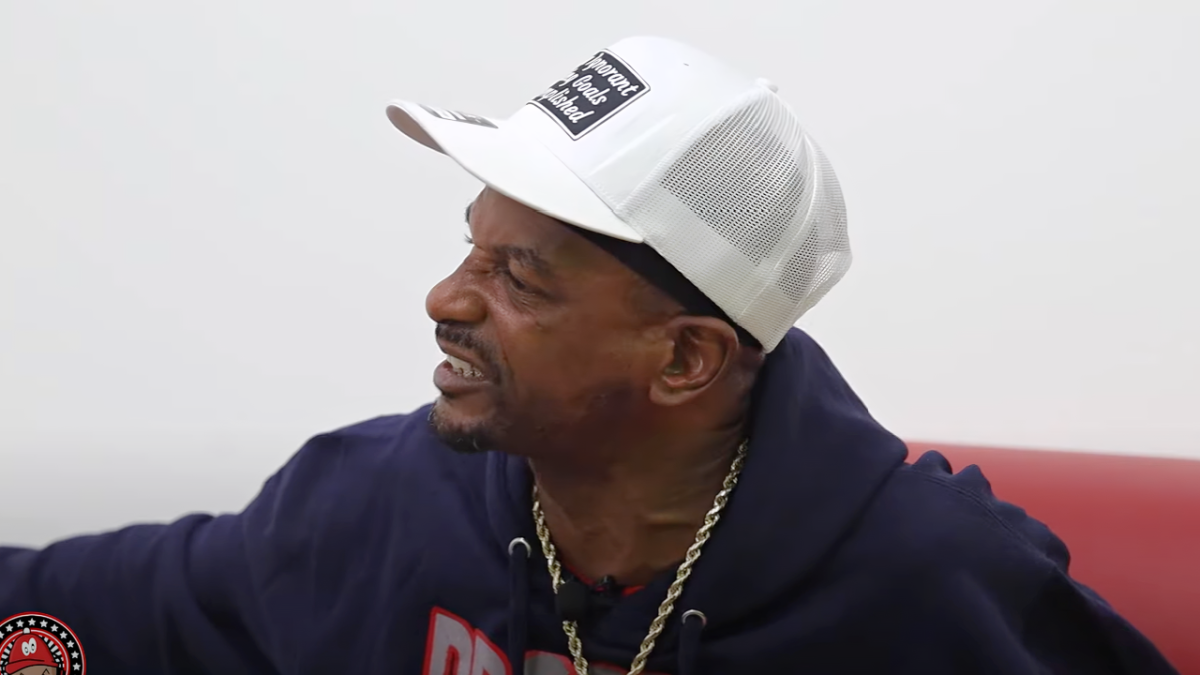 A recent Charleston White interview went left after the gang member-turned-internet personality pulled a gun on the interviewer.

White sat down for a conversation with Chicago’s DJ Univercity on Wednesday (November 23), where he spoke about lending financial help to the mother of the late rapper FBG Duck, who was shot and killed in the Windy City in August 2020.

DJ Univercity called out Charleston White for not helping the mothers of other deceased Chicago rappers, especially considering the city’s complicated (and, in some cases, deadly) drill rap scene.

“With that part being said, the only thing that kinda, like, I guess bothers the Chicago community is, like, if you gonna do that, you gotta do that for everybody,” DJ Univercity said.

DJ U’s comments prompted an angry response from Charleston White, who took issue with people telling him how to spend his money when they aren’t willing to fork out themselves.

“I ain’t gotta do that! Y’all go do it! Chicago can suck my dick!” he snapped. “How you gon’ put that on me when y’all ain’t even done a little of what I’ve done! How you gonna dictate what I’m gonna do with my heart when you don’t even have in your heart to do it?

“From the knowledge I got, King Von was a killer. My momma had two sons locked up for murder, and my momma let everybody know I’m not in agreement with what my sons done. So you can’t make me care about King Von momma, fuck that bitch! I don’t give a fuck about his momma!”

DJ U pointed out that FBG Duck and King Von had beef prior to their deaths, so him supporting Duck’s mother could be seen as a slight against Von. White has made disparaging comments about Von since his November 2020 murder, telling Akademiks earlier this year that he has no sympathy for the slain rapper.

“I don’t know that! I don’t give a damn about it!” White continued. “Listen, I helped his momma. Why I need to know about two dead-ass n-ggas? I don’t give a fuck about Duck or Von. I helped his living momma; fuck them dead n-ggas. They preached about killing n-ggas. Why y’all not helping they momma? Why a n-gga from Texas got to pay his momma car note? Why?! And y’all wanna tell me what I’m gonna do with my money?!”

Charleston White became even more enraged and directed his anger at FBG Duck’s mother and the city of Chicago — before reaching for his gun.

“Y’all go help the bitch since y’all got so much to say! Bitch, give me back the money then, ho! Funky-ass bitch. I ain’t have to help nan one of you rotten-ass hoes. My momma ain’t got a bunch of kids that died. All you hoes that buried your babies, fuck your pain, bitch! And Chicago, fuck y’all! Suck my dick, bitch! I keep a goddamn gun for whatever!”

White then got up from the sofa and retrieved his gun, reappearing on camera with a pistol in his hand. DJ Univercity and members of his film crew also stood up and urged him to put the gun down, but White refused to back down and cocked his pistol while threatening the group.

“You better sit down, homie. Whatchu mean what I’m on? Don’t fuck with me with a gun in my hand, n-gga,” he warned.

After a tense shouting match, DJ Univercity and one of his associates stormed out of the room, while another member of his crew attempted to calm White down. The argument continued until the video eventually cut out.

DJ Univercity later addressed the heated interview on Instagram, writing: “I represent CHICAGO any and everywhere I go…I was giving this goof ass old man the benefit of the doubt cause he claim to be ‘in character’ when saying sum of the disrespectful shit he be saying but where I’m from once U up on a mf U gotta use it… #DJUGOCRAZY‼️”

This isn’t the first time Charleston White has made headlines for wielding a weapon. In July, the Texas native claimed he pepper sprayed Soulja Boy during a physical confrontation after he questioned the rapper’s street credibility.

Big Draco later addressed the incident and called out White for how he handled the situation.

“I don’t want no smoke with none of you n-ggas,” he said on Instagram Live. “If I knew that you n-ggas was gon’ get on the internet, talk all this gangsta shit, all this crazy shit, and reach in your girl purse and start spraying pepper spray in the air, runnin’ n-gga like it’s a trail n-gga… What the fuck? You n-ggas so scared of me. Y’all n-ggas gotta pull out pepper spray? Out your bitch purse? Runnin’ with pepper spray?”