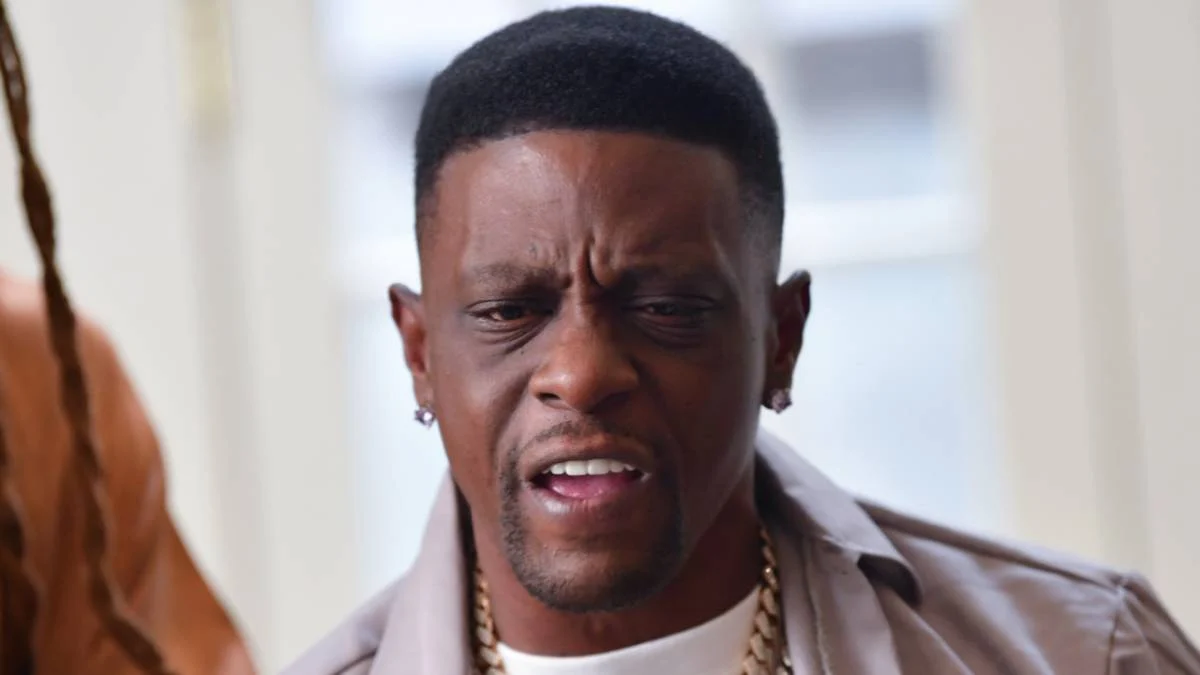 Boosie Badazz and his entourage aren’t to be played with, especially when it comes to racist pranks.

YouTube prankster White Dolemite uploaded a video to his channel on Monday (November 21) showing him pranking the Baton Rouge rapper while he was out shopping with family members, including three men, a woman and two small children.

In the clip, Dolemite — dressed as a white redneck — approaches Boosie and co. in a supermarket and demands the rapper hand him a box of mac and cheese from the shelf behind him, referring to him as “boy.”

“Boy” has deep-rooted racial connotations, with the word being historically wielded by white people as a put-down against Black men during and after slavery.

Boosie initially reaches for the mac and cheese, before stopping in his tracks once he hears the word “boy.” Two of the young men accompanying him quickly speak up and confront Dolemite, unaware that he’s filming a prank.

“Who you talking to like that?” one of them asks, while Boosie — still wearing a perplexed look on his face — warns: “Man, I’ll beat yo muthafucking ass.”

One of Boosie’s crew then sucker punches White Dolemite in the face before the video cuts out. “Boosie the rapper entourage did not like the BOY #prank [crying fame emojis],” Dolemite captioned the clip.

White Dolemite’s pranks center around him approaching Black men in public and barking demands at them while calling them “boy,” often resulting in a tense exchange. He has over 50,000 YouTube subscribers and claimed in a recent video that “Kanye West knows my Boy prank.”

Boosie Badazz isn’t the only rapper to have been targeted by internet pranksters. Earlier this year, Fetty Wap got into a heated exchange with a TikTok star who approached him on the beach and threatened to “beat [his] ass.”

The situation almost escalated as the New Jersey rapper got up in the prankster’s face and confronted him over his threat, warning him: “I don’t play like that.” However, cooler heads eventually prevailed after the prankster apologized and shook Fetty’s hand.

On the music side, Boosie Badazz recently announced he’s working on a joint album with fellow Southern rap stalwart T.I., which will be accompanied by a reality TV series called Raw Ass Kids co-starring their respective sons, Tootie Raww and King Harris.

During a recent interview with Fat Joe, Boosie claimed the album will be better than Drake and 21 Savage’s chart-topping Her Loss LP. “I heard Drake and 21 album, it’s hard, but I don’t think it’s harder than our album,” he declared. “It’s Rubber Band Man and Badazz. This shit different.”