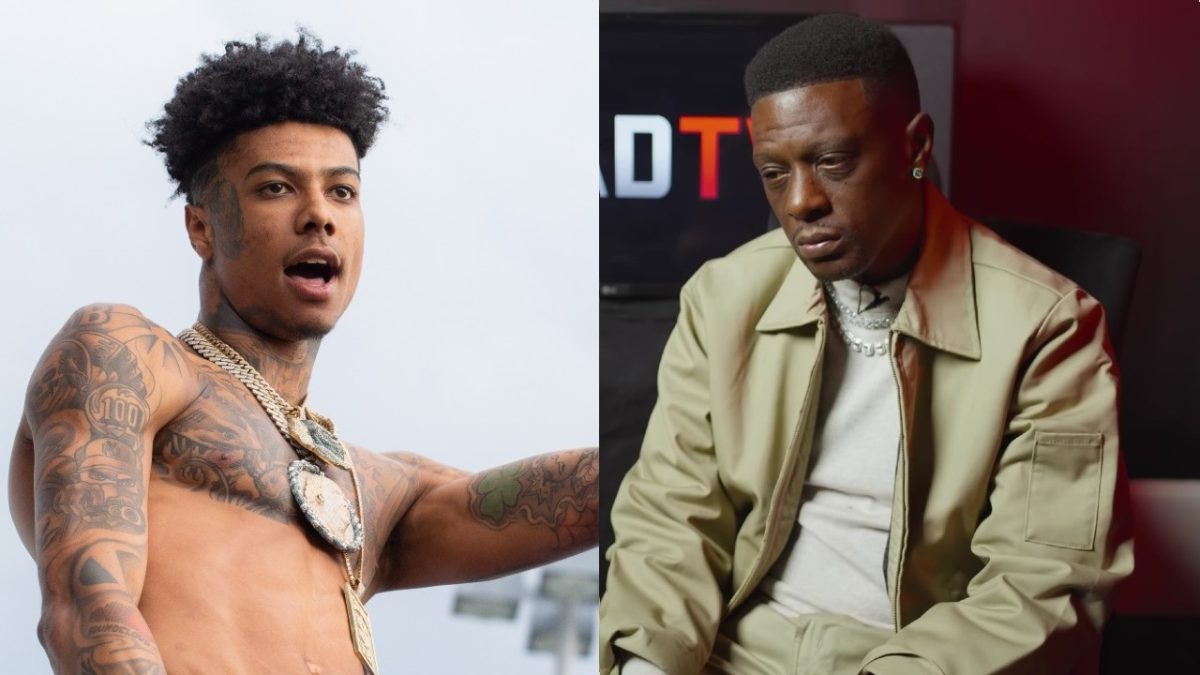 Boosie Badazz has declared his support for Blueface in his attempted murder charge, saying he believes the L.A. rapper was simply defending himself.

But Boosie’s self-defense opinion isn’t simply based on the facts surrounding the Las Vegas incident that led to Blueface’s arrest in Las Vegas earlier this month.

“Looked like the truck was tryna run him over, looked like,” Boosie Badazz told Vlad TV after confirming that he had seen footage of the October 8 shooting. “That’s how it looked on the camera, shit, to me.”

He added: “I’m screaming self defense. 95 rappers done died in the last 9 days, I thought my life was in fuckin’ danger. Fuck that.”

Blueface was arrested on November 15 outside of Lo-Lo’s Chicken & Waffles in Las Vegas after a warrant had been issued for felony attempted murder with the use of a deadly firearm or tear gas stemming from the October incident. The second charge was eventually changed to discharging a firearm into an occupied structure.

The rapper’s on-again/off-again girlfriend Chrisean Rock was also present, and looked on confused as a reported six to eight officers detained Blue.

After initially being booked into Clark County Detention Center, Blueface appeared in court on November 16, where a judge set his bail at $50,000, which the 25-year-old rapper paid the same day.

The judge also laid out various bail conditions that Blueface must comply with, including staying away from and having no contact with his alleged victim, in addition to staying in touch with his attorneys, making court appearances and avoiding further trouble. When asked if he understood the conditions, Blueface replied: “Yes.”

Boosie Badazz Goes Off On Relative Who Stole From Him

Legal documents obtained by TMZ, offered additional details about the alleged incident. Blueface was reportedly at the Euphoric Gentlemen’s Club in Las Vegas when his alleged shooting victim apparently made a joke about the rapper talking with “some females in a cheap vehicle.”

When the joke didn’t go over well, members of Blueface’s crew allegedly hit the man “multiple times.” When he tried to leave in his truck, Blueface allegedly fired shots at the man’s vehicle as he fled the scene.

Police say multiple bullet marks were left on the truck, while the man suffered a “bullet graze wound” on his left hand.

While Blueface has yet to address his latest arrest publicly, his attorney Lisa Rasmussen told the Las Vegas Review-Journal that she believes her client is being overcharged, meaning that she believes prosecutors in the case are “attempting to prosecute the accused for more serious crimes than the known facts support.”

“The other thing I’d like to say is that we’re really looking forward to litigating this matter in court on behalf of our client,” Rasmussen added, “and we think that when all of the evidence comes out in court, it will be apparent that the way he’s charged is not necessarily consistent with what appears to have actually happened.”