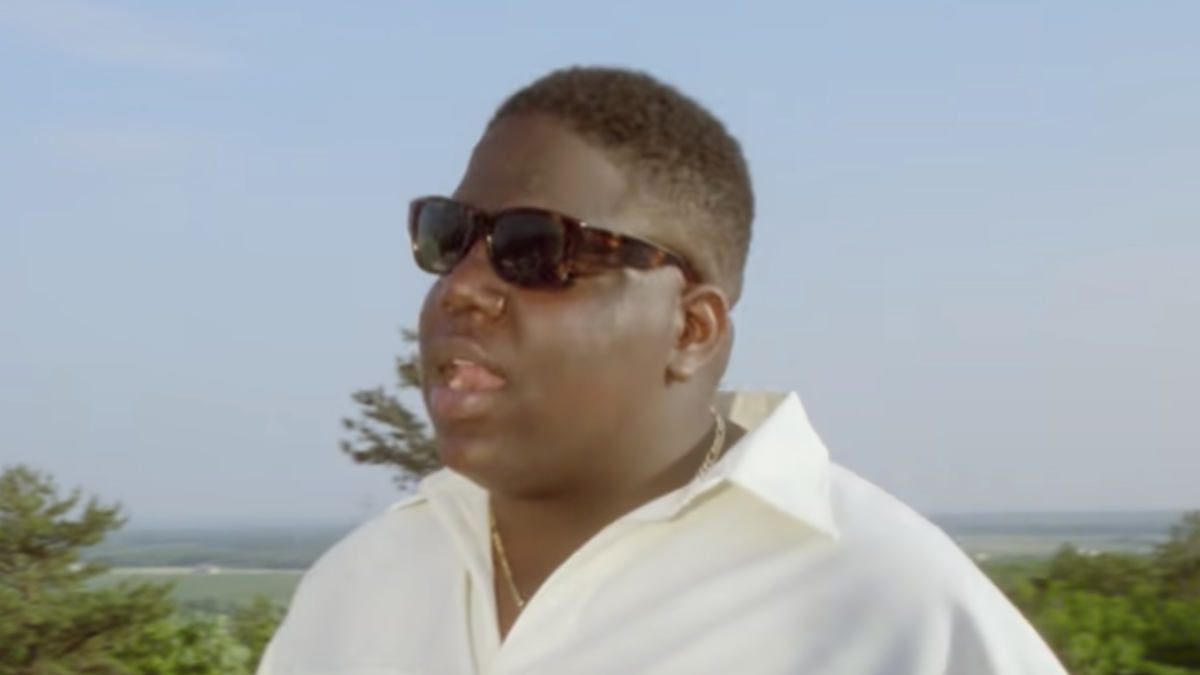 Biggie has been celebrated in many different ways since his death in 1997, and he’s now got his very own statue in his hometown of Brooklyn.

The chiseled stainless-steel monument stands nine feet tall and incorporates solar-powered speakers which bump an array of Biggie tunes throughout the day courtesy of a playlist curated by DJ Mister Cee.

The tribute piece is located at the entrance of the famous Brooklyn Bridge connecting the borough to Manhattan and was crafted by an artist named Sherwin Banfield.

He’s named the artwork Sky’s the Limit in the county of Kings, which continues a year-long celebration of the Brooklyn rap deity’s 50th birthday.

“[I’m a] traditionally trained figurative sculptor and wanted to take something classic then remix or sample it with something new and fresh,” Banfield told Artnet News.

“The location had a profound impact on the work. It’s on a hill, and I wanted viewers to ascend towards a regal monument and be welcomed with open arms and two essential human qualities: the voice through a microphone and love via a heart.”

Fans interested in seeing the sculpture will have about a year to do so as it’s expected to be available for viewing through November 2023.

In other Biggie Smalls news, The Notorious B.I.G. will be resurrected as a “true-to-life, hyperrealistic” avatar as part of a virtual-reality concert to commemorate the 25th anniversary of his death.

The VR experience will additionally include a narrated day in the life of the late Brooklyn legend prior to the show, with fans able to follow Biggie Small’s early days in his Bedford-Stuyvesant neighborhood. The show will also include guest appearances from Diddy, The LOX, Nardo Wick and Lil’ Cease, as well as a DJ set from DJ Clark Kent.

Released on Thursday (December 1), the trailer features star Anthony Ramos (In The Heights) along with everyone’s favorite Transformers, Bumblebee and Optimus Prime, as they fight previously-hidden robots who are disguised as beastly animals from the jungle.

Hitting theaters on June 9, 2023, the film is directed by Creed II director Steven Caple Jr. and will also star Pete Davidson as the voice of the Autobot Mirage.