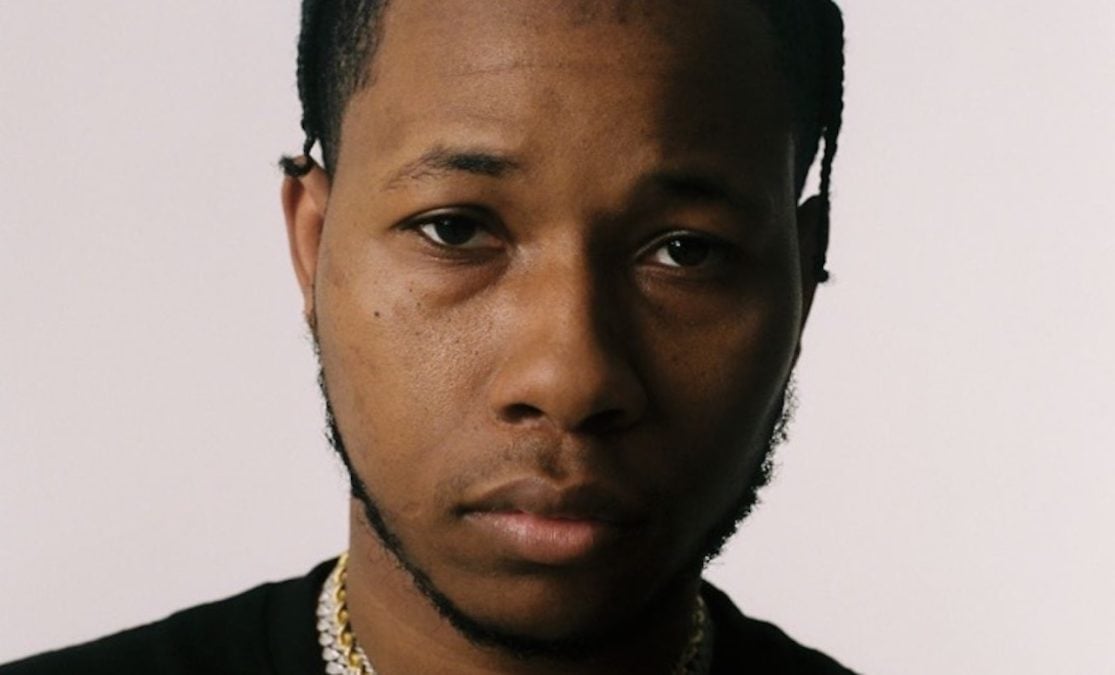 When it comes to the hottest producers in Hip-Hop in 2022, Grammy-nominated producer ATL Jacob’s name is at the very top. The 23-year-old Atlanta native has crafted his own unique sound that has caused him to stand out among a crowded field of beatmakers.

In May of 2022, he reached the number two spot on the Hot 100 Songwriters chart. He was also named “Top Producer” by BMI in 2021 and was nominated “Producer of the Year” at the BET Hip-Hop Awards this year.

With an unparalleled work ethic, ATL Jacob is setting the stage to become one of the most renowned producers of his generation.

Over the last few years, you’ve heard his ATL Jacob production tag on hits such as Future’s “Wait for U,” Kodak Black’s “Super Gremlin,” and Lil Baby’s“Right On.” Jacob gave some background into the creation of some of his most recent hits.

“I made the beat for ‘Wait for U’ a while ago,” ATL Jacob told HipHopDX. “The crazy part is I knew it was a vibe. I was like, ‘This is hard,’ and I knew I was going to give it to Future. Then he skipped it. He later told me he skipped it because he knew it was one of his favorites. He said he listened to that beat every day for a month straight, without rapping or nothing. He was just listening to the beat like it was a song for a month straight, and he knew what he was going to do to it.”

“On ‘Right On,’ we did the song a minute ago too, and it got leaked,” he recalled. “When the song got leaked, I called Lil Baby, and I was like, ‘Hey, this song we did got leaked and it’s going crazy right now. We need to shoot the video, and drop it.’ So we were chopping it up for 10 minutes. He was like, ‘All right bet, I’m going to go ahead and drop it then.’ I thought he forgot about it because it had been a minute, and he still ain’t drop it, but I love that song.”

“Kodak, I had to beg him to come to the studio and I didn’t think he was gonna show up,” he recalled. “It definitely wasn’t planned. I played the ‘Wait For You’ and he said it wasn’t his style, which was fine because I really wanted Future on that one anyway. When he chose the Gremlin beat, I was like, ‘How the hell is he gonna do this song’” I thought the song was cool but I didn’t think it was going to be a hit.”

With an unparalleled work ethic, ATL Jacob is setting the stage to become one of the most renowned producers of his generation. As a teenager, he first displayed his aptitude for music as a member of his high school’s band. As a multi-instrumentalist, the lessons he learned as a band member would be instrumental as developed his production style.

“It’s about knowing when a certain instrument should come in, when you should take it out, or when to have something solo,” ATL Jacob shared.  “Just growing up knowing those techniques from band, I use that same theory today.”

After selling tracks for $90 a piece, ATL Jacob’s production eventually was discovered by Freebandz CEO Casino who would introduce him to Future and the rest is history. After the chance meeting,  he would become the in-house producer for Freebandz and produced seven tracks on The WIZRD in 2019. ATL Jacob recalled meeting Future and how it was a game-changer.

“I was linking up with Casino,” he recalled, “and he saw me making beats in the house one day and he said, “I gotta introduce you to Future. A week later, we were working in the studio.”

“When I was in high school, I never bragged about hanging with Future,” he went on. “Only my close homies knew. They were telling everybody but nobody believed them [Laughs].”

For producing the majority of Future‘s  No. 1 LP, I Never Liked You, he landed the No. 1 on Billboard‘s Hot 100 Producers chart.

Since his arrival in the game, he’s produced for Kanye West, Drake, Moneybagg Yo, Roddy Ricch, and more. When asked what artists he wanted to work with, ATL said he would have loved to work with XXXTENTACION. Before his untimely passing, the two were scheduled to work on some music.

“I had a session with him scheduled,” he said. “When he died, the session was for two weeks later. It was crazy. He’s still my favorite artist. He was just talented. Just pure talent.”

He also mentioned that he recently worked with Big Sean, who he considers one of the best rappers in the game.

“We laid out some tracks, we made some amazing music. He’s probably one of my favorite artists that I’m working with right now,” he recalled.

Jacob’s hard work was rewarded when he inked a deal with Republic Records for his Wicked Family imprint back in September.  Distributed through Imperial Distribution, Jacob plans to develop a collection of producers who change music. He believes that Wicked Family will be the next major movement in Hip Hop music.

“My vision for Wicked Family is to become like you know a family that’s not to be played with musically,” he explained. “I believe we’re going to be the best and most influential label out there.”

Although he is a prolific producer with an immense discography, ATL Jacob has a simple creative process. For him, being prepared to be his best self is essential.

According to ATL, in music, you can’t manufacture a vibe. Discovering your authenticity is key to making timeless music.

“I was talking to Meek Mill and he was saying that everybody is trying to force a vibe. How are you gonna force a vibe? That’s like me trying to force you to be white. You have to let the music come and don’t try to overthink it. Just let it come out as a flow.”

While he’s earned so many accolades and 2022 will go down as a banner year for the 23-year-old,  ATL Jacob says he’s just getting started in his incredibly successful career. Instead of focusing on awards, he’s committed to creating music and creating a new movement in Hip-Hop.

“Being the number one producer is something I’m used to. So you know, it’s just a stepping stone. I didn’t look at it too much as something to celebrate over. I’m a keep working and that’s how I want to set the tone for all producers over the world.  I’m just using that as leverage to go to the next step.”