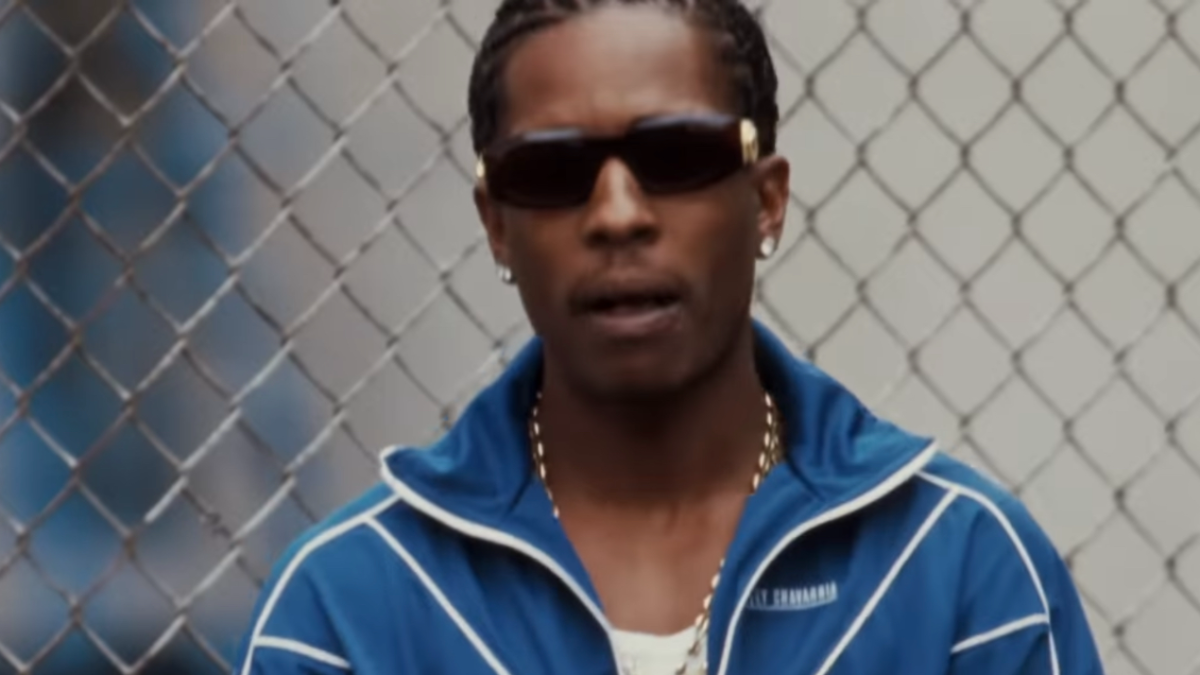 A$AP Rocky On Getting Credit For His Music Videos: ‘Give Me My Fucking Flowers!’

A$AP Rocky‘s music videos prove he has an good eye for art, and now he feels he finally deserves his flowers when it comes to his visuals.

During a conversation with Complex released on Monday (December 5), Lord Pretty Flacko boldly stated he thinks he deserves credit for all the “innovative” music videos he’s put out over his career.

According to the Harlem-bred rapper, videos are an essential piece to how people receive music. He considers himself a visual artist and explained he kept the “tradition” going with his recent music video for “Shittin’ Me,” after the reporter said Rocky deserved more props for his work.

“Man, thank you for that, because I feel the same way,” Rocky said. “Tell them, give me my fucking flowers! I like roses, I like tulips, lilies, all that shit. I think that it goes without saying that I’m a visual artist. So a visual component to a song is so vital.

He added: “That’s my only way of expressing a song. I think that’s the last piece of execution when you’re making an actual song. From day one, I developed this reputation of being one of those visual artists, so this goes without saying that I had to kind of keep the tradition going with this one.”

The A$AP Mob frontman also revealed the creative process for “Shittin’ Me” wasn’t a walk in the park. “The process was chaotic,” Flacko explained. “As you could tell, my aesthetic for videos now are more everything at once, just more chaotic, organized chaos. You noticed the aesthetics.

“I want to display that more because I graduated from giving you the cerebral, surreal, ghetto-fabulous lifestyle or giving them a look into a lifestyle they’ve never seen… Now it’s more so about creating these worlds or scenarios in a more chaotic way because I think it is a nice way to display my ADHD.”

A$AP Rocky’s music videos have helped redefine what a visual can do to a record. Fans saw that with the videos for “L$D,” “Babushka Boi,” “Multiply,” “Praise The Lord (Da Shine)” and more.

One of his latest videos, “D.M.B,” landed Rocky a HipHopDX nomination for Best Music Video of 2022. The video was released eight days before the birth of the rapper’s son with Rihanna and finds him proposing to her via gold grills, amongst other love-tinged imagery.

The song and video had fans hopeful for a new album from Rocky which has been teased for quite some time. It ended up being a single but the 34-year-old has been hinting at the upcoming project a lot lately.

Elsewhere in his interview with Complex, Flacko revealed the rollout for the project will be happening very soon.

“We’re [still] wrapping the album now,” he said. “Like I told everybody last time, the Rolling Loud performance was my last performance until the album was wrapped. And now it’s about time that we start dropping songs and getting prepared for the rollout.”

Rocky continued: “There’s a lot in store, and I’m excited about everything. Without giving out too many surprises, it’s some cool shit in store. And it’s not a situation where they are going to have to wait long. It’s like ASAP, no pun intended.