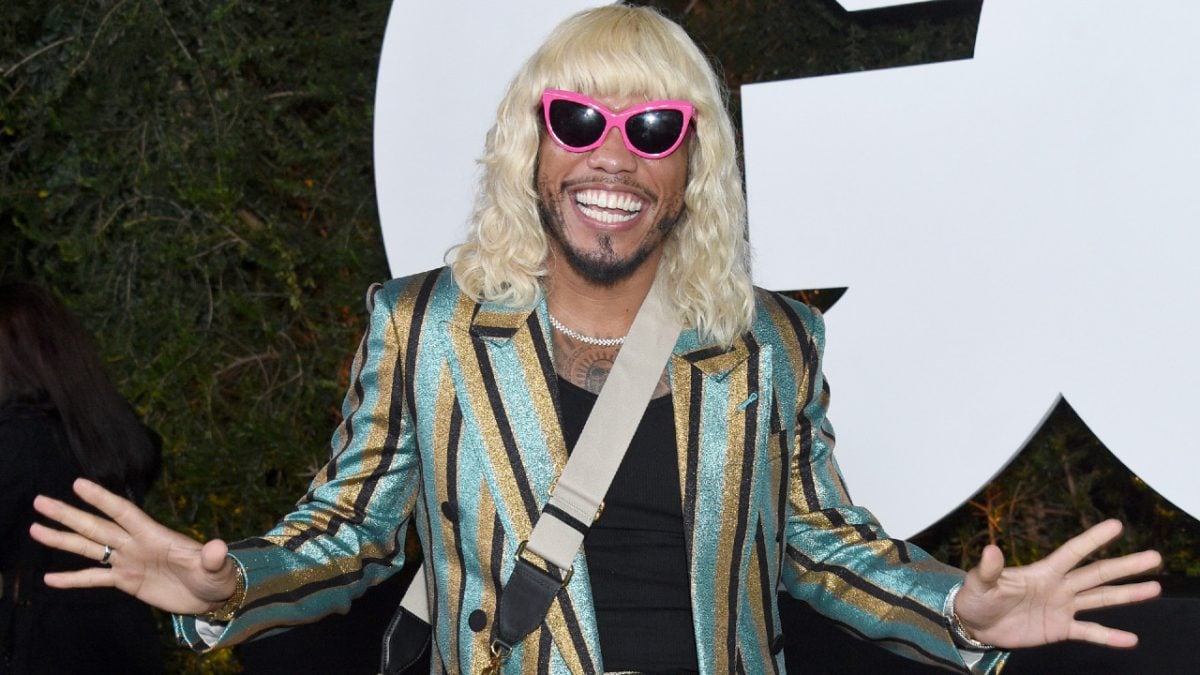 Anderson .Paak has some interesting new ink featuring The Simpsons‘ Homer and Marge.

In a post to Instagram on Sunday (November 20), the Silk Sonic artist showed off the new piece on his arm – which features Marge pulling up her shirt to flash the viewer, but instead of breasts, they’re Homer’s eyes. Paak asked his audience to “rate” the tattoo in his caption, to which famous friends like Robert Glasper, MadeInTYO, KYLE and more returned rave reviews.

In the carousel post, Paak also shared a video of himself tattooing fellow tattoo artist Iva Chavez with “Andy” on the bottom of her foot as his Free Nationals band member Maurice Brown played trumpet in the background. The ink is a call-back to Toy Story and the main character’s “signature” of sorts on Woody’s cowboy boot.

Anderson .Paak is seemingly enjoying some downtime after quite a whirlwind year that included his third collaboration with Vans, making his directorial debut in film, landing a global campaign with Budweiser and reuniting with Knxwledge to release more music as NxWorries – just to name a few things.

One pot he wasn’t cooking anything in was the 2023 Grammy Awards, however. Last month, Paak and his Silk Sonic partner Bruno Mars released a joint statement to Rolling Stone revealing they’d bowed out of submitting their An Evening With Silk Sonic album for consideration by the Academy.

“We truly put our all on this record, but Silk Sonic would like to gracefully, humbly and most importantly, sexually, bow out of submitting our album this year,” they said. “We hope we can celebrate with everyone on a great year of music and partake in the party. Thank you for letting Silk Sonic thrive. … We thank the Grammys for allowing us to perform on their platform — not once but twice — and awarding us at last year’s ceremony. We’d be crazy to ask for anything more.”

The Weeknd Scores 'Dream' Cameo In 'The Simpsons': 'Proud Of This One'

The project, released in November of 2021, was expected to receive multiple nominations at the 2023 Grammy Awards including for Album Of The Year. You can check out who did receive nods in the recently-announced nominations list here.