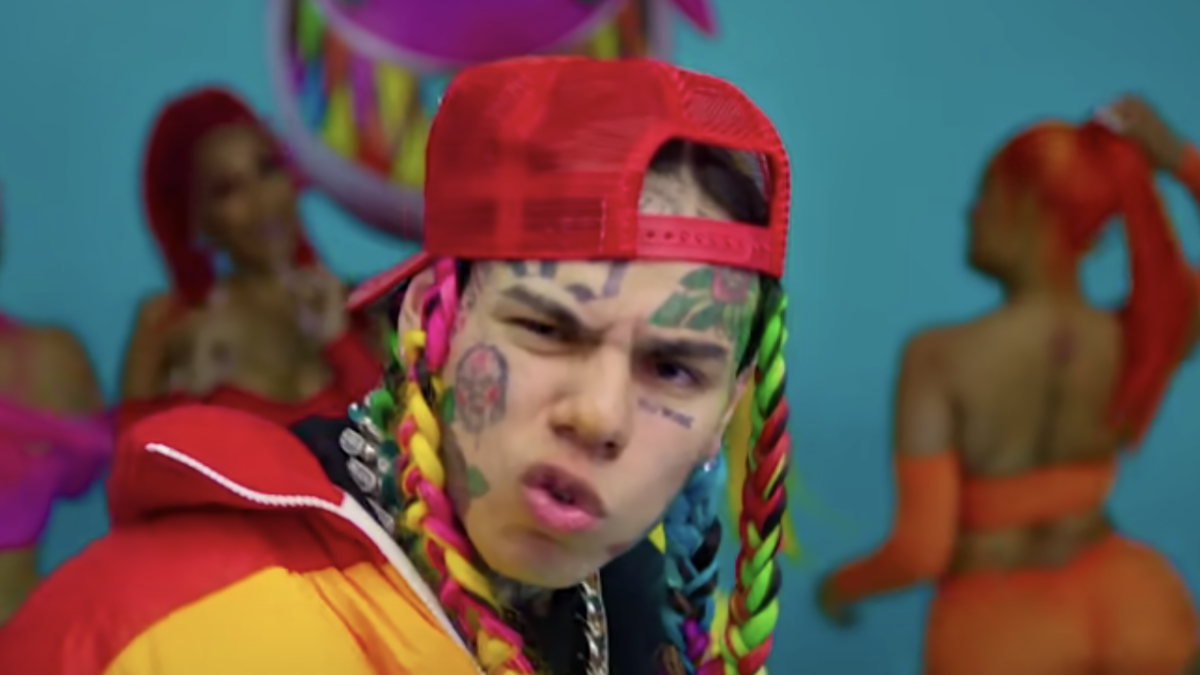 6ix9ine has made a ton of enemies over the years with his antics as rap’s villain but don’t expect him to settle any scores in the boxing ring anytime soon.

However, the controversial rapper has been spending a lot of time in the gym staying in shape through boxing. TMZ caught the “GUMMO” rapper working on his hands training with Iranian boxer Mohammad Ali Bayat Farid at Black Box Gym in Dubai earlier this week.

In a clip shared by TMZ, 6ix9ine can be seen focused on hitting Farid’s mitts with decent speed all while rocking a black hoodie and Crocs as his footwear of choice in the ring for the training session.

The Brooklyn native relayed he’s just trying to keep his weight down and confirmed he has “nothing brewing in the boxing world” when it comes to a potential celebrity boxing match, so anyone hoping to see Tekashi in the ring won’t be getting their wish.

“I’ve been making a lot of money and haven’t been caring about my physical appearance,” he added. “So I want my fans to, like, join me.”

Back in September, ironically enough also in Dubai, 6ix9ine was involved in a scuffle with a DJ by the name of Lucasdirty inside his DJ booth over an alleged disagreement when it came to his playlist choices.

6ix9ine was ultimately ejected from the venue, after which he quickly took to social media to deny his chain was snatched or that he suffered any injuries. “Stop lying and spreading fake news!!!” he wrote on Instagram. “The DJ was talking shit on the mic and got handled. Stop fake news.”

Lucasdirty then challenged Tekashi to a boxing exhibition as he hoped to join the Floyd Mayweather undercard, who fought in Dubai in November.

“Do you know what I think is a good idea how we can resolve this?” he said at the time. “I live in Dubai. It’s a beautiful city. We luckily enough, we have Floyd Mayweather and Deji fighting… They’re coming to Dubai to put on a boxing exhibition.

“I would quite happily like to join that boxing exhibition as an undercard and if anything needs settling, maybe we could do something there. That would be fun, right?”