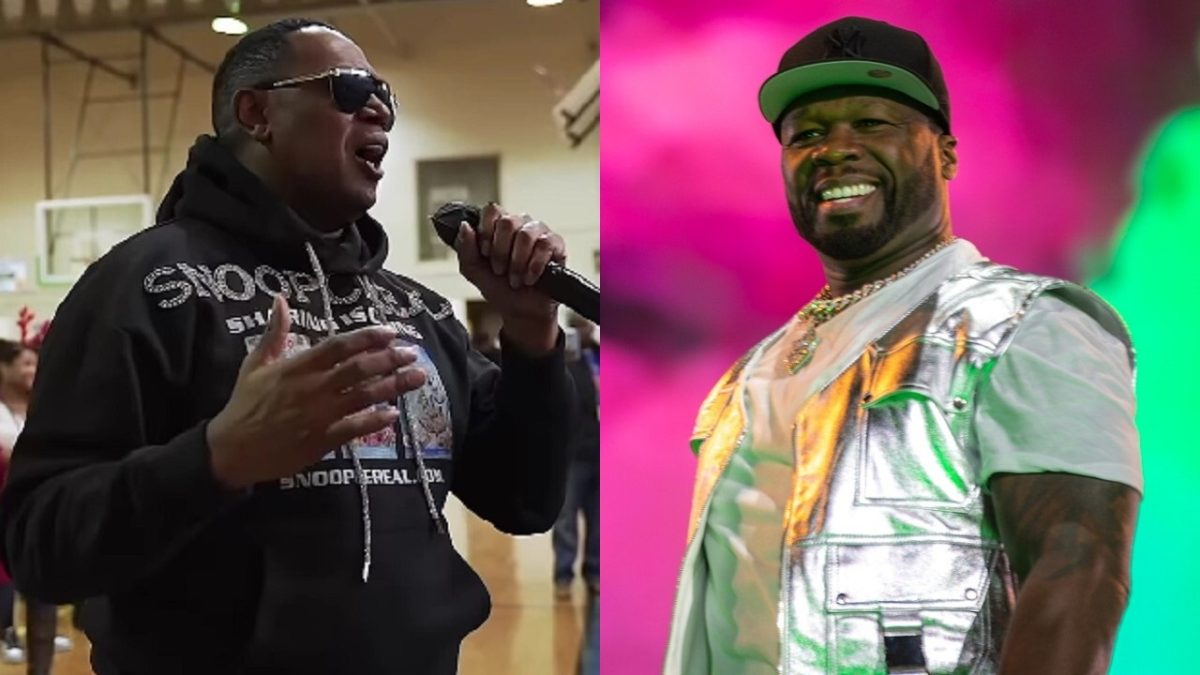 50 Cent has revisited a moment early in his career, where Master P might have gotten one over on him, thanks to his ability to see where Fif was heading.

During an appearance on Big Boy’s Neighborhood earlier this month, 50 Cent was asked about his thoughts on P’s recent public spat with his son Romeo Miller. The G-Unit mogul responded that, unlike the situation between him and his son Marquise, he expects the Millers to be able to find their way back to the close relationship they once shared.

Fif then proceeded to praise Master P’s business acumen and revealed that his first tour came about thanks to the No Limit Records founder. But 50 Cent suspects he was out-negotiated in the process.

“What I’ll say about P is he was slick,” 50 Cent continued. “He came, he gave me the money for the eight shows, right? We did four of them. He said, ‘Aw man, something happened we gonna have to take a break. We’ll just come back and do the other four later.’ When I came back to do the other four, I had already sold two million records. He had already paid me so I had to do the shows. He knew! He was like, ‘This muthafucka’s on fire! This is gonna go off.'”

While he didn’t discuss the specifics of their arrangement, Master P detailed bankrolling 50’s first tour following the success of his 2002 single “Wanksta” during an interview with VLAD TV in 2014.

Although P did fund 50 Cent’s first tour, he said that due to his low-key demeanor he didn’t associate with the rapper too much during the tour, despite the two artists being on good terms with one another.

“I mean, we was around each other a lot back then because I paid for the tour,” he said. “We was cool. I’ve never been a person to just hang out with people, so — like I’ve always been a loner, man. No disrespect to nobody. I just — Everybody got their own thing. We ain’t never been no groupies or nothing like that. You know? It’s like my homie when I see you, ‘What’s up?’ We can do something it’s cool. I’ll go take care of money for the show and then go do what I gotta do. You know? And he was always 100, so it was cool.”

Outside of feeling like he might have been finessed, 50 Cent had nothing but positive things to say about Master P.

“P is prolific, man,” he told Big Boy. “You see how Snoop’s respect for Master P is? He’s one of those guys where, he’ll find a way. Even if he’s hitting a spot at the moment: anybody who has a long enough career has peaks and valleys in it. But he’s one of those guys that’ll figure it out.”

While his appearance on Big Boy’s Neighborhood wasn’t connected to any of his music, 50 Cent marked a new milestone in his own prolific career last week after he received 15 new platinum plaques from the Recording Industry Association of America.

The G-Unit boss jumped on Instagram on Friday (January 20) with a post celebrating the latest additions to his plaque collection. In the post, 50 included a list of the new certifications he received, which were 15 platinum and six gold plaques, respectively, while also asking fans what could have been if he held on to certain songs he gave away.

The songs that received their first platinum certification were “I Get Money,” “Patiently Waiting” featuring Eminem, “Best Friend,” “Outta Control,” “Hate It Or Love It” and “Window Shopper.”

Records that added to their multi-platinum certifications were “In Da Club,” “Just A Lil’ Bit,” “Disco Inferno,” “Many Men (Wish Death),” “P.I.M.P.,” “Candy Shop” and more. 50’s collaboration with the late Nate Dogg titled “21 Questions” off his debut album Get Rich or Die Tryin’ was also included on the list for going four-times platinum.