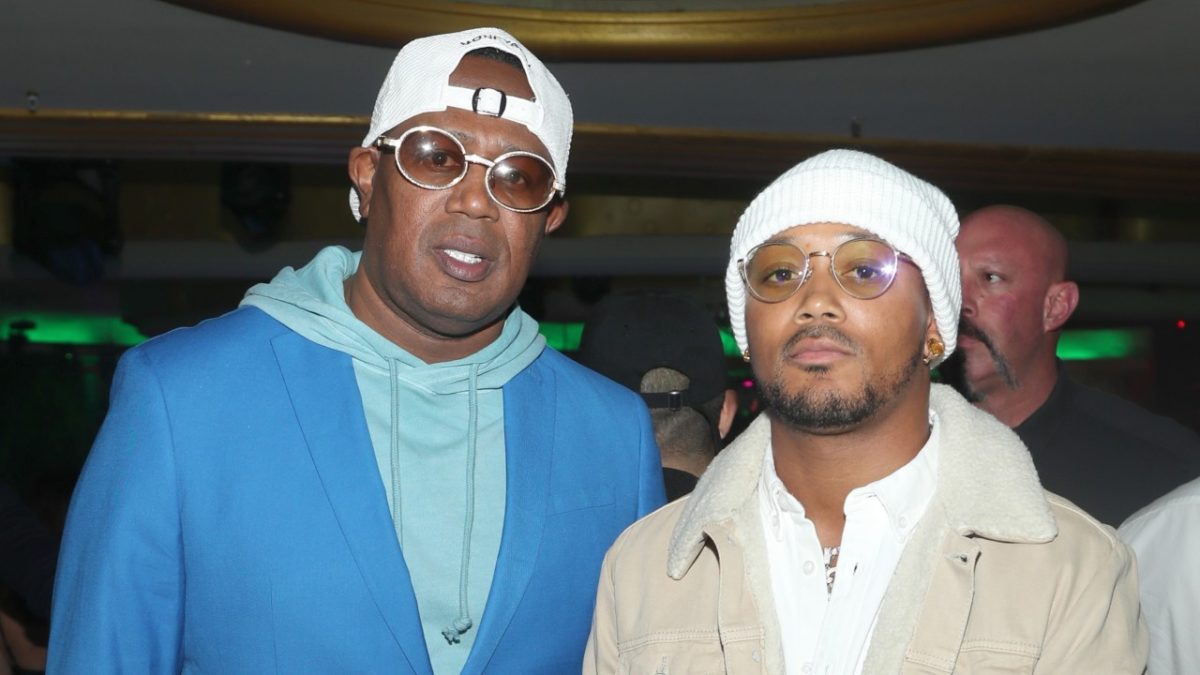 Romeo Miller Denies Master P Feud Was Done For Publicity: ‘This Is Just About Life’

Romeo Miller has refuted the public theory that his recent feud with his father Master P was a publicity stunt ahead of his return to Growing Up Hip-Hop.

During a recent appearance at the Rap Snacks Disrupt 2023 Conference, the former child star was asked if his fallout and reconciliation with P would play out on the show, to which he returned last week after two seasons away from the reality series. Romeo immediately addressed the internet chatter that insinuated that he made his family beef public as a way to promote his GUHH comeback.

“The funny thing is I shot that before all of that,” he told BallerAlert. “So people were saying this is for publicity and this and that. But my thing is, this is just about life. And if you’re going to be a celebrity, if you’re gonna be a public figure, you’re gonna have to have some things bleed out and deal with it and try to use it as an example for others to learn from you.

He continued: ” And it’s all about communication, that’s all. No family is perfect. You’re watching other celebrities’ lives. If you are in the public eye, if you are a celebrity, the things you wanna show are gonna come out and the things you don’t wanna show. And you gotta be strong enough to know who you are, what you stand for, to deal with the ridicule and the misunderstanding that’s gonna come with it.”

A post shared by Growing Up Hip Hop (@guhh_wetv)

The father and son duo became embroiled in a bitter back-and-forth just ahead of Christmas, with both men airing out their grievances with one another on social media. Their week-long debate that started after the elder Miller posted a tribute to the late Stephen “tWitch” Boss, who died by suicide on December 14.

Romeo didn’t appreciate his father honoring tWitch but not doing the same for his daughter Tytyana Miller, who died of an accidental drug overdose in May. What transpired next was a series of shots from both sides, with Romeo claiming his father is living a lie and withholding earnings from him, and Master P stating his son needs to grow up while accusing him of breaking the family apart.

But as 2022 drew to a close on December 31, Master P and Romeo came together to hash out their differences and leave their issues in the past. The “My Baby” rapper shared news of their reconciliation in an Instagram post that saw him and his father embracing each other while revealing they had some “very hard conversations” in order to mend their relationship.

Master P shared the same photo on his own Instagram page, along with a message emphasizing growth, self-accountability, family unity and a focus on the future.

Despite his own complicated relationship with his father, Romeo Miller revealed that he is enjoying fatherhood so much that he hopes to give his 11-month-old daughter many siblings one day.

“I got baby fever,” he said in the same BallerAlert interview. “I don’t know if I’m gon’ be Nick Cannon, but I wouldn’t mind 10 babies right now. Babies have gotten me through all the struggles. I been going through a lot of stuff in life, and my daughter just looking into her eyes, seeing that baby smile, when I’m tired she’s next to me [trying to talk], and waking up so happy.

“It’s the purest love ever,” he concluded. “And I love babies. I think I’m a great father, so if somebody should have a lot of kids, it probably should be me.”