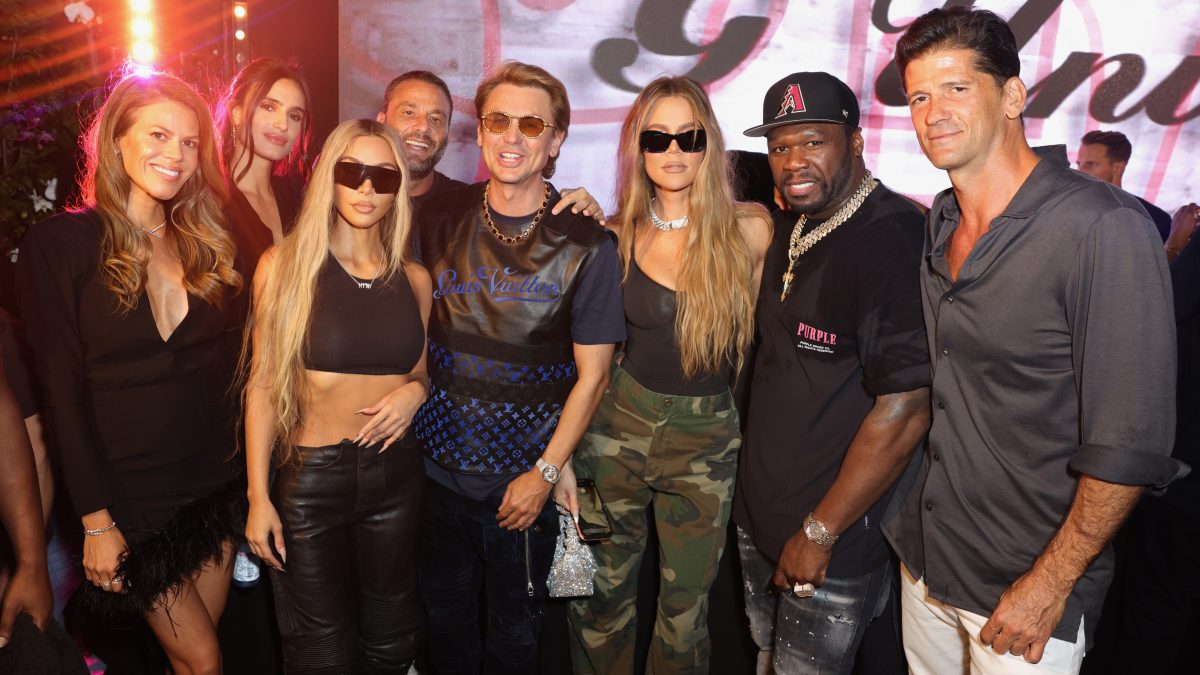 50 Cent has fans from all walks of life, including the Kardashians, who inspired the G-Unit general to deliver an encore performance in Miami this week.

According to HotNewHipHop, the rapper/business mogul had just finished performing all of his signature hits as one of the headliners at Art Basel Miami on Friday (December 2). He then ran into the Kardashians backstage and decided to head back out onstage to give them — and the already satisfied crowd — another show.

Khloé Kardashian, who was screaming with excitement the entire set, posted some clips to her Instagram Story and 50 took some photos with the reality TV family and shared them on his Instagram

“About last night,” his post read. “This party was so crazy. I was leaving ran into this crew went back on stage and started over. LOL Good times!”

Other attendees at the show included Serena Williams, Leonardo DiCaprio and Travis Scott, the latter of whom also performed.

When 50 is not tearing down stages and hanging with his celebrity friends, the G-Unit mogul is busy making moves as a philanthropist.

Last month, 50 was recognized for his philanthropic work and successful business ventures in the city of Houston. He received the key to the city from Houston Mayor Sylvester Turner at the annual Thanksgiving Day Parade.

“This is somebody who is a philanthropist, rapper, artist, business person — you name it,” Mayor Turner said during the ceremony. “He used to live in another city up north, but found his way down south. This is one person who is now a Houstonian. I want to thank him.”

“He didn’t just come here to live; he has been helping out on so many causes in this city — especially in our high schools, turning our high school students into entrepreneurs with his G-Unity program,” Turner continued. “This city has been elevated because of his presence and so today we have the honor of saying to him, he’s our 2022 Grand Marshal.”

Additionally, 50 was given a proclamation on behalf of the Houston City Council declaring November 24 as Curtis “50 Cent” Jackson day in the city.

Donning a Houston Texans cap, 50 expressed his gratitude to the city of Houston for the prestigious honor.

“Thank you, Mayor Turner. I just want to say it’s an honor to be here today. I’m really excited about being in Houston,” he began. “Since I made my way out here, Houstonians have embraced me with open arms and it just feels like a great place for me to expand G-Unity as a foundation.”

He added: “I think the legacy [is] always people who help people, so it’s exciting for me to make it to the next stage. Thank you.”