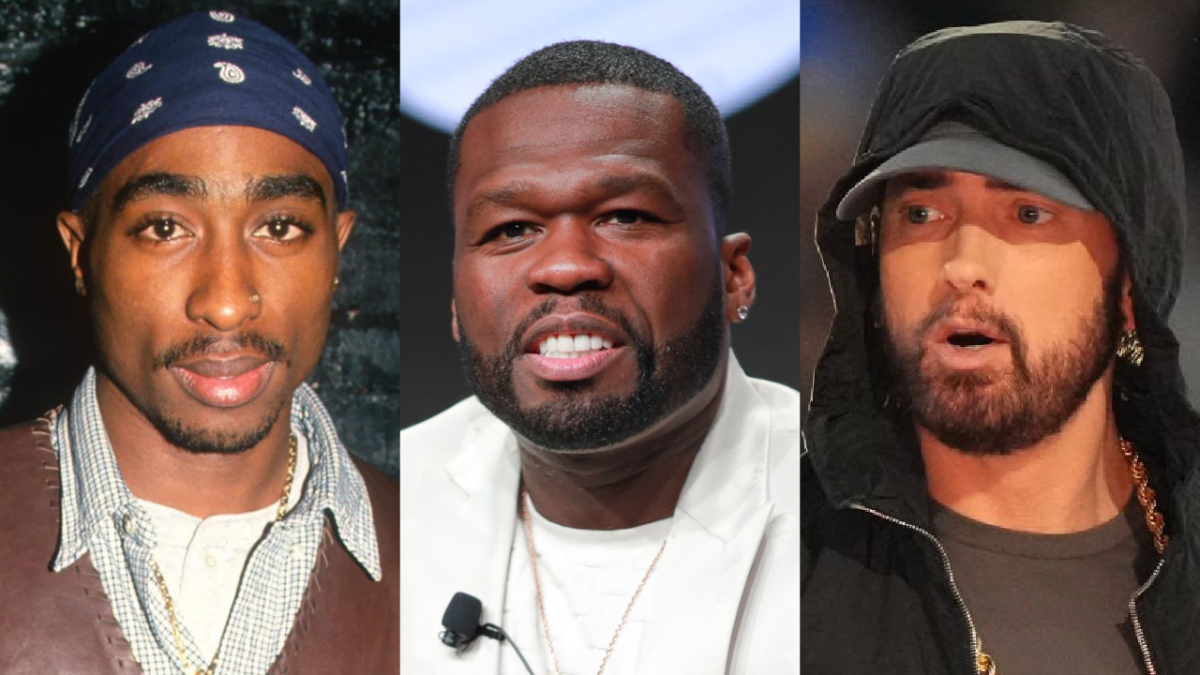 2Pac and Eminem are two of the most revered rappers of all time, but according to 50 Cent, there are racial nuances between their respective lyrical approaches — especially when it comes to rapping about their mothers.

In a recent interview with journalist Brian J. Roberts, 50 cited ‘Pac and Em as perfect examples of how race influences one’s perspective, even when tackling the same subject, comparing the rappers’ respective odes to their mothers, “Dear Mama” and “Cleanin’ Out My Closet,” to illustrate his point.

“I’ll pick two Hip Hop artists that have been profound and really prolific artists within our culture that were very similar but tapped into different responses,” he said. “So Eminem’s mom, the drug usage was part of it and he would do: ‘Sorry, momma / I never meant to hurt you / I never meant to make you cry / But tonight, I’m cleaning out my closet.’

“And then 2Pac’s mom also has some drug usage involved in her experience, and he said: ‘Even though you was a crack fiend, momma / You always was a Black Queen, mama.’”

He continued: “I think the tones of anger and the difference in the two of them are that Em’s anger is coming from things were supposed to be right, and 2Pac’s statement almost has terms of endearment in there because he’s like, ‘Well, we still all had.’

50 Cent went on to heap high praise on Eminem, who signed him to his Shady Records imprint alongside Dr. Dre’s Aftermath Entertainment in 2002 and has remained a close friend and collaborator ever since. 50 credited Em for helping him push beyond the commercial plateau that 2Pac, coincidentally, set in the ’90s.

“I love Em and I don’t think people credit him for everything. The growth of our culture should be also a trophy for Eminem,” he said. “Me personally and my career is a reflection of my association to Em. Prior to my record coming out, the most I’ve seen a Black male solo Hip Hop artist sell was five million copies on 2Pac’s All Eyez On Me. It was a double CD, it was the first I saw something go diamond.

“And to have my first album sell 13 million records, if you discredit or disassociate that fact that I’m in association to Eminem who’s selling 23 million records on The Marshall Mathers LP, you just a fucking idiot … I don’t think that they actually credit more people being involved in the culture and willing to consume it and make purchases [because of Eminem].”

He added: “I love him to death … He’s in a tight second spot in my life for people who’ve done things for me that they didn’t have to behind my grandmother taking care of me and looking out for me.”

Despite 50 Cent’s belief about their different outlooks, Eminem has frequently cited 2Pac as a major influence on his career. In 2020, he crowned the late rap legend the “greatest songwriter of all time.”

“This next song is from an artist who I feel like might be the greatest songwriter of all time,” he said while cuing up Pac’s 1995 song “If I Die Tonight” on Shade45 radio. “Debate what you want about MC skills and all that, because he had that too. This is one of them songs by 2Pac that, to me, he was showing you, ‘I can write heartfelt shit and I can write lyrical, crazy shit too.’

“‘They say pussy and paper is poetry, power and pistols / Plotting on murdering muthafuckas ‘fore they get you’ — like, the play on the ‘p’ words and all that shit and how he was doing it was so crazy. Mixed with the feel that 2Pac could give you, which is constantly why I feel like he was saying, ‘Can you feel me?’ Because you felt ‘Pac. You can’t just listen to ‘Pac, you feel ‘Pac.”