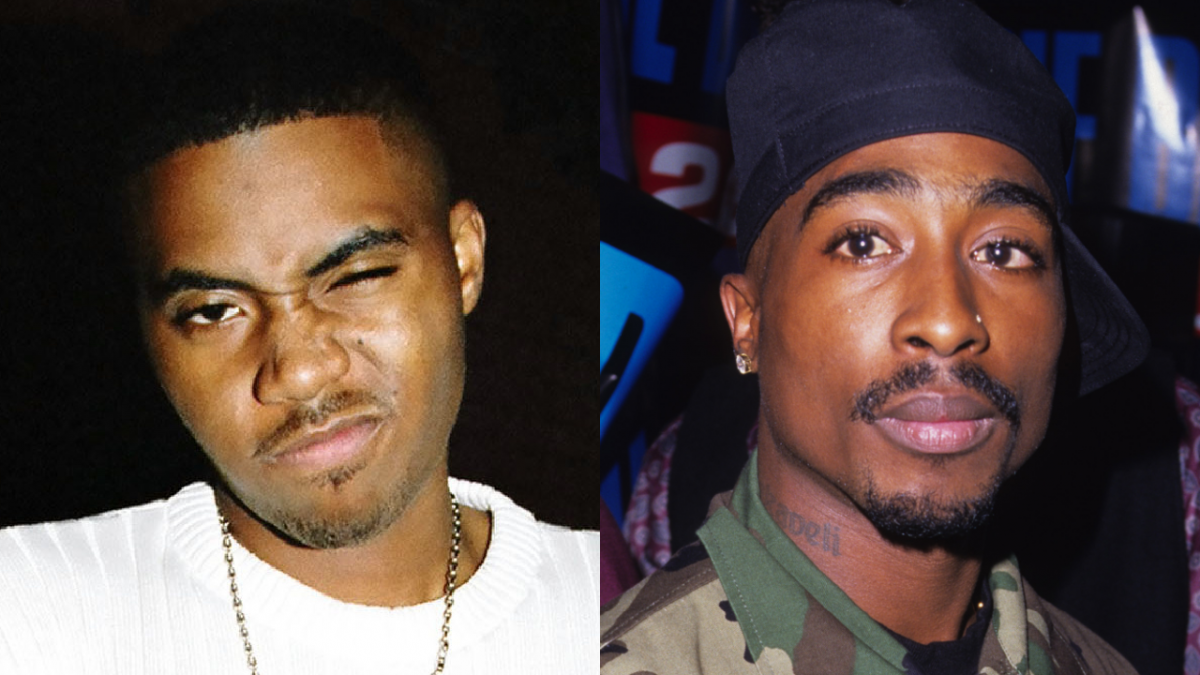 Despite arriving in the middle of the fateful East Coast vs. West Coast beef, 2Pac‘s 1996 blockbuster album All Eyez On Me wasn’t without its contributions from the opposite coast as Method Man and Redman added their grimy, East Coast flavor to “Got My Mind Made Up.”

Unbeknownst to most rap fans until now, however, ‘Pac’s diamond-certified Death Row debut was supposed to feature an appearance from another New York rap icon. During his recent appearance on N.O.R.E. and DJ EFN’s Drink Champs podcast, Snoop Dogg revealed none other than Nas originally had a verse on “Got My Mind Made Up.”

After being asked by N.O.R.E. to name his favorite rapper between Kurupt and Method Man during the “Quick Time With Slime” segment — a tough question he refused to answer — Snoop let the cat out of the bag regarding 2Pac and Nas’ scrapped collaboration.

“You know they got a song together, right? Kurupt and Method Man, on 2Pac’s album … But guess who’s on that song first? Nas,” Snoop said at the 1:32:00 mark, prompting gasps of surprise from N.O.R.E. and the rest of the room.

“I’m telling you the truth. Nas came over to Daz [Dillinger]’s house and got on the song first, then Redman and Method Man got on that song. Then 2Pac got out the pen and Daz gave it to 2Pac and took cuz verse off, but left Method Man and Redman on it. Yeah, you heard it first, n-gga. And if you get at Daz, he may have the files.”

Nas wasn’t the only rapper to have been taken off “Got My Mind Made Up.” Fellow Wu-Tang Clan rapper Inspectah Deck, The Lady of Rage and RBX also had their verses pulled from the song, which started out as a Dogg Pound track before it landed on All Eyez On Me.

While Snoop Dogg didn’t explain why Nas’ verse was removed, the Queensbridge MC had a brief feud with 2Pac that was sparked by his It Was Written track “The Message.” ‘Pac felt Nas took shots at him on the song and allegedly confronted his brother Jungle backstage at the 1996 MTV Video Music Awards, but the pair were able to smooth things over.

“He was like, ‘Yo Nas, we brothers, man. We not supposed to go through this,’ and I was like, ‘That’s what I’m saying.’ We had a plan to squash it in Vegas, so I was out there when he was in the hospital and praying for him to come through. Rest in peace to ‘Pac.”

Last July, an unreleased diss song Nas recorded about 2Pac called “Real N-ggas” surfaced online, on which he rapped, “From tube-socks in Timbs to blue rocks and Benz/Who got the ends, the type of n-gga 2Pac pretends/To all n-ggas who shine, guess who got revenge.”

Revisit “Got My Mind Made Up” below.